Cheslin Kolbe is now working his magic off the field too 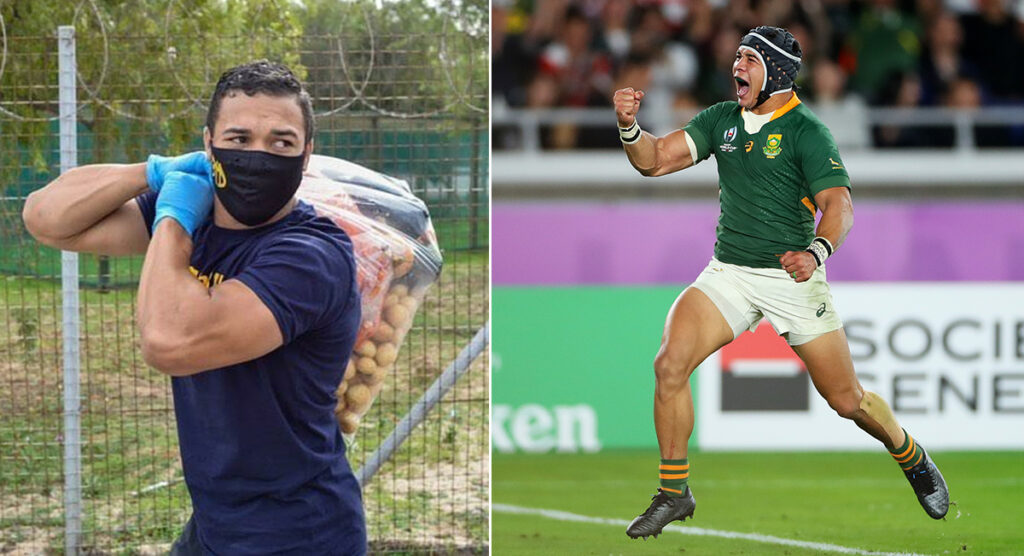 During the global suspension of rugby during the COVID-19 pandemic, Springboks winger Cheslin Kolbe has been working with the Be The Difference Foundation while back in South Africa.

The Rugby World Cup winner has recently shared photos of what he has been doing with the foundation in Cape Town, which has largely been delivering food over the past few weeks.

The Toulouse winger has been in his homeland since March, after travelling back during the Top 14 break. During that time the French league was suspended due to the outbreak of the virus, and has subsequently been abandoned, but the winger has put his time at home to good use.

Next season’s Top 14 campaign is set to begin in September, so the 26-year-old will have to return to southern France for preseason training in the near future. Kolbe recently wrote on Instagram:

“I was supposed to be in France during this time, however, I believe there was a purpose for me being in Cape Town during this lockdown.”

During this outreach, I asked someone what motivated him and thought they might say a player or something like that, but they just started singing a worship song instead. It just made me think, being out during this pandemic makes you take a closer look at yourself and you just realise how others live and how much need there really is. I was supposed to be in France during this time, however I believe there was a purpose for me being in Cape Town during this lockdown. This time has given me the opportunity to spend more time with my family and the most vulnerable communities. Thankful for what I have and the chance to give back. Let's continue to help and support one another and make a difference where we can 🙏 @bethedifferencefoundation If each one can feed one, no one should go hungry.

Food parcels from @picknpay. Thank you to @princessdiamondss for organising this donation and helping us make a difference to so many 🙏

Come Rain or Sunshine people still go hungry. Thank you to each and every @bethedifferencefoundation team member for giving up your time and going the extra mile each and everyday and to all sponsors and those that donate to this great cause to be the difference 🙏

Kolbe has also been joined over the past weeks by his RWC winning captain Siya Kolisi, who himself has been busy during this period with the Kolisi Foundation.

After their triumph in Japan, the two are not only superstars of South African sport, but world rugby.

Be the type of energy no matter where you go, you always add value to spaces and lives around you. People are not always going to remember what you said but they will remember how you made them feel. Join the Movement- Be The Difference Foundation FNB Business acc Acc num: 62607998690 Branch num: 251945 SWIFT code: FIRNZAJJ Ref: SowAseed #TeamBTD #dream #believe #do #purpose #vision #passion #love #hope #joy #serve #feedtheneed #give #ambassadors #sponsors #donors #volunteer #member #leaders #thankyou #we #are #grateful #appreciationpost #lockdown #covid19 #corona

A post shared by Be The Difference Foundation (@bethedifferencefoundation) on May 15, 2020 at 1:14am PDT