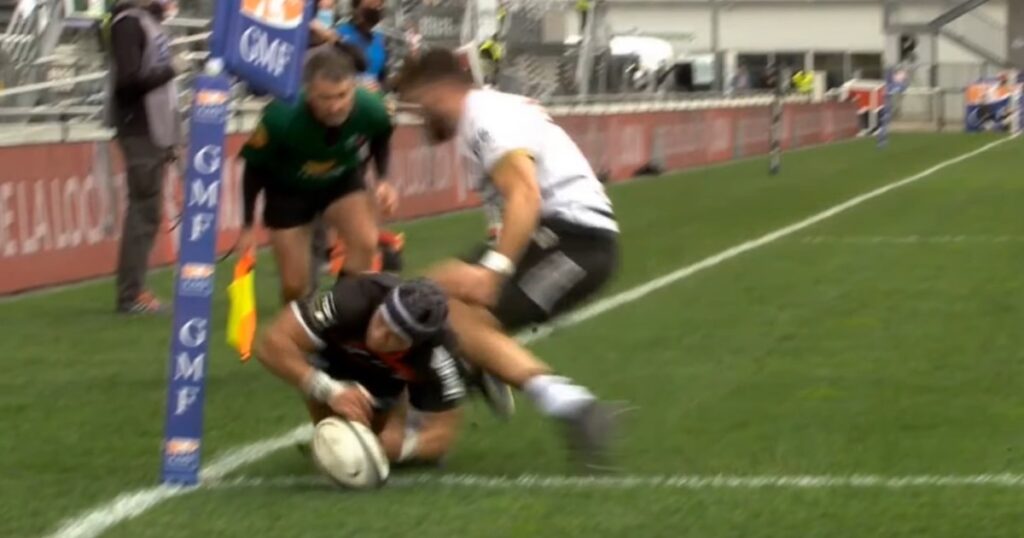 Toulouse maintained its place at the head of the Top 14 last weekend after a 36-16 victory away to Brive, with star winger Cheslin Kolbe again making an impact.

But there was a different kind of impact in the South African’s try in the early stages of the match, as Brive’s Joris Jurand struck Kolbe just as the try was being scored.

Kolbe was clearly always going to score the try, but Jurand certainly felt like he could get his foot between the winger and the ball in an effort to prevent the try.

It was a misguided move as Jurand connected with Kolbe’s side, briefly injuring the World Cup winner.

There was also concern for Jurand, who avoided injuring his leg in the incident as well.

Although this sort of thing is covered under World Rugby laws as being punishable by a penalty, as it is deemed to be a professional foul in deliberately preventing a try and also a safety matter, Jurand escaped with a warning from referee Sébastien Minery.