Cheslin Kolbe's magic feet are lighting up the World Cup 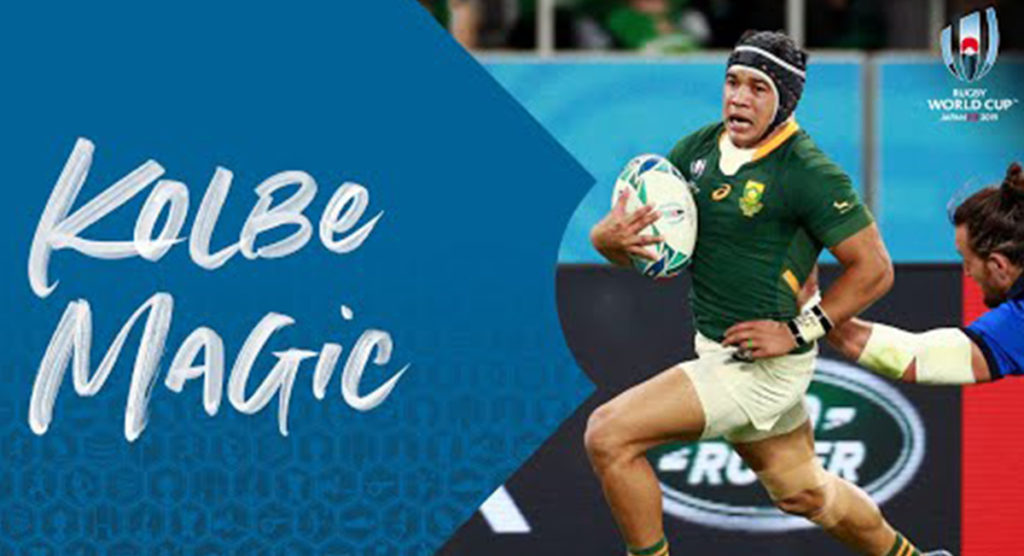 South African winger Cheslin Kolbe is setting Japan alight with his combination of pace and skill. His talents were on full display in the Springboks’ 49-3 thrashing of Italy where the winger scored two brilliant tries to help put his team momentarily atop the table.

So outstanding was his performance, that he has neutral observers and former Springbok greats calling him the best player in the world at the moment. It’s hard not to agree, especially with the way he’s dazzled in both club and Test rugby this year.

Springbok coach Rassie Erasmus had this to say after the performance: “He played a wonderful game – both on attack, defence, aerially, he was just fantastic. I think at this stage, he must be one of the players in the world, with players like Sevu Reece, and Damian McKenzie, who just have X factor and do something out of nothing… It’s wonderful to have him in our team.”

The winger did give fans a moment of pause after his ankle was twisted late and he was taken off as a precaution. Thankfully, X-rays were negative and he won’t be spending any time on the sidelines.

With the way he’s been playing and lighting up fields in Europe and now in Japan, it seems very likely!!! https://t.co/qPrpwcBJE2

South Africa currently stand second behind New Zealand in Pool B. Barring any unforeseen upsets, both are locked in to move into the quarter-final knockout stages.