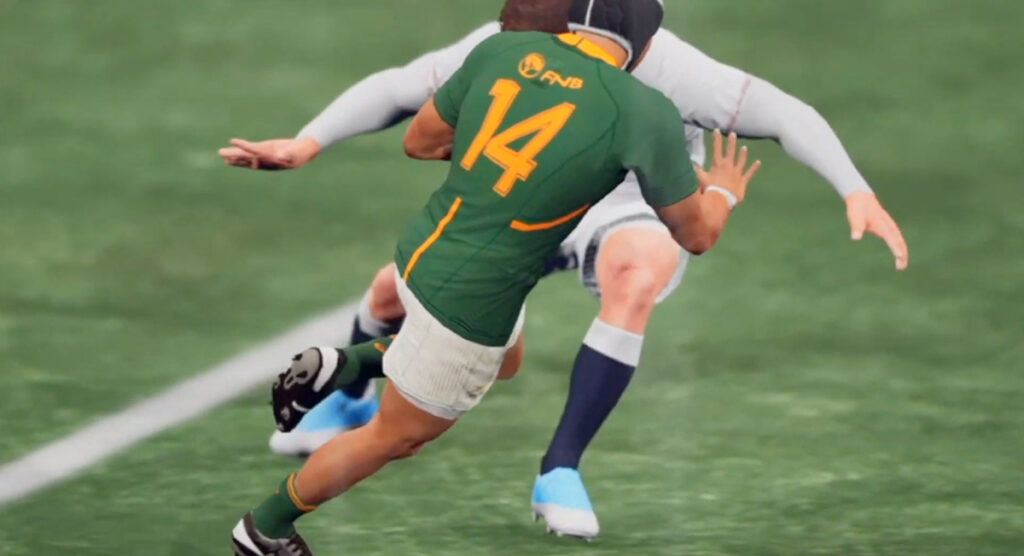 Since Rugby Challenge 4 was released there have been a large number of critical reviews and even complaints about how the game hasn’t come on since previous iterations. Whether those are fair claims or not, there’s no doubt that graphics in the game are quite accurate.

Rugby video game fans love to complain about the low standard of the games that come out, and some may say rightly so, but when you can see the likes of Cheslin Kolbe working his magic, and looking pretty spot on, it adds a fun element and makes it all the more playable.

Since featuring for Toulouse in the Top 14 and re-capturing the eye of Springbok coach Rassie Erasmus, Kolbe’s star continued to rise.

A small but electric player, he was given a chance at Test level and he has not looked back. He burst onto the international radar and by the time the 2019 Rugby World Cup final came around, Kolbe was fast becoming a fan favourite.

What he did 73 minutes into the final in Japan, cementing South Africa’s third Rugby World Cup title, will forever go down in rugby folklore.

So it’s no surprise that the pocket rocket has had his own video game tribute video made, by BRUGBY, showing his best bits in action.

It’s slightly bizarre to watch, but also strangely mesmerising, despite the fend glitches and awkward offloads. Him running through Beauden Barrett was quite fun to see though.