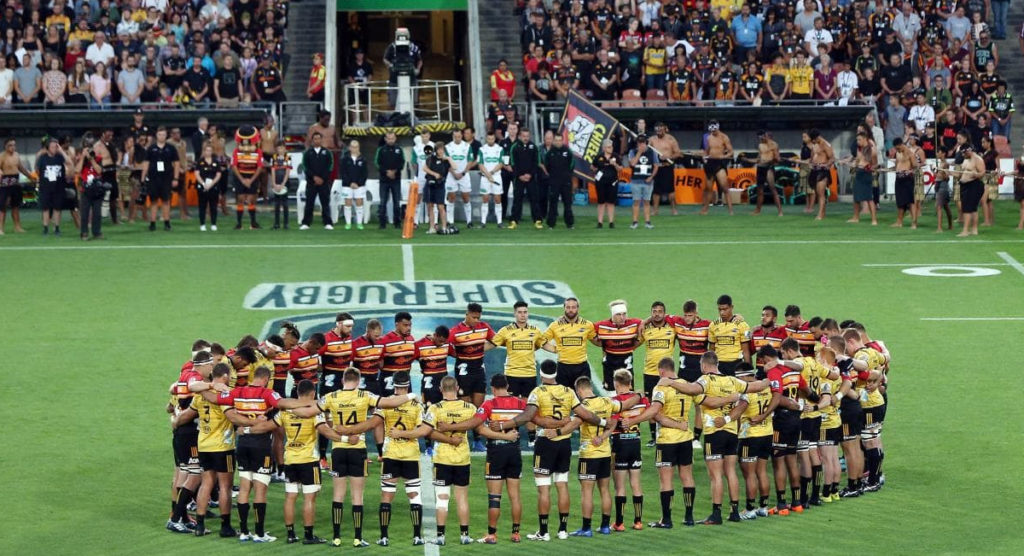 The Chiefs and Hurricanes played out a 23-23 draw amidst the backdrop of the tragic incidents that took place in Christchurch earlier today. The two sides linked arms before the match in a moment of solidarity for the victims of the terrorist shootings.

The match went ahead despite the shocking scenes earlier in the day, after two mosques were targeted and multiple victims were injured and killed.

Directly before kickoff, the stadium in Hamilton had a moment of silence out of respect, as the players embraced in touching scenes.

All Blacks and Blues back Sonny Bill Williams, a convert to Islam since 2009, posted an emotional response on twitter after he heard what happened in Christchurch.

“Just heard the news and I couldn’t put it into words how I’m feeling right now,” Williams said. “Just sending my duas to the families apparently there’s close to 30 people dead.

“I’m deeply, deeply saddened that this would happen in New Zealand.”

My heart is hurting about the news coming out of Christchurch. Sending love & prayers to the effected families❤️😢 pic.twitter.com/7PX9wc56b8

As for the contest, it went back and forth as the Chiefs showed a much improved performance after a dissapointing start to the tournament.

Damian McKenzie was outstanding at fullback, scoring a great try while Wes Goosen showed compusure with a neat finish for the Hurricanes in the second half.

McKenzie tied things up at 23-23 with a long range penalty with more than twenty minutes to go, and try as they might, the two teams couldn’t add to the scoreboard after that.