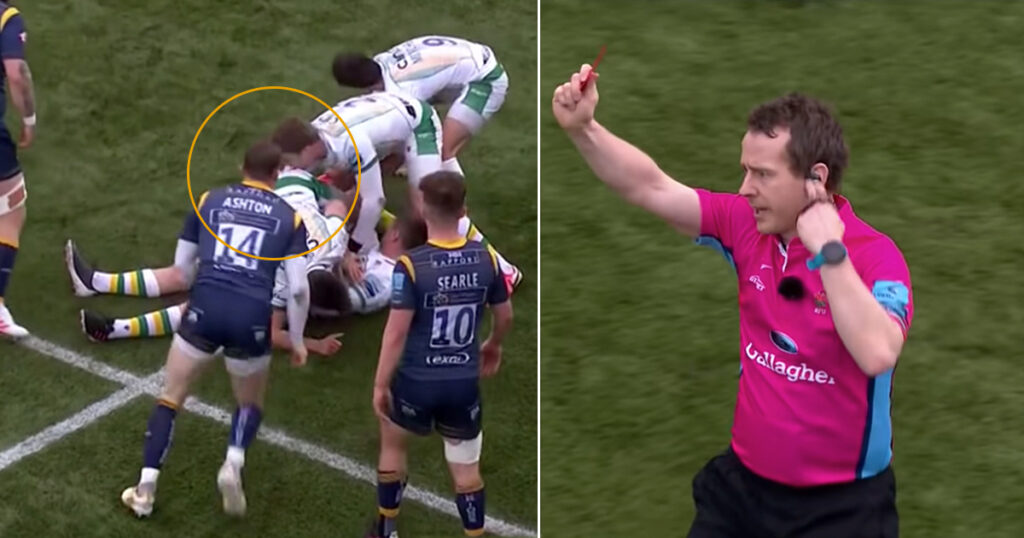 Chris Ashton has picked up a big suspension following the red card he received against Northampton Saints on Saturday. The Worcester Warriors winger appeared before an online independent disciplinary panel last night.

Ashton was shown a red card by referee Andrew Jackson for dangerous play in a ruck or maul contrary to World Rugby Law 9.20a.

The former England flyer contested the charge but it was upheld by the independent disciplinary panel comprising Gareth Graham (chair) with Sean Enright and Tony Wheat, which gave him a six week suspension. He is free to play again on 1 June 2021.

Independent panel statement – Ashton: “The player accepted that he had committed an act of foul play but challenged the red card on the basis that he had not made direct contact to the head of his opponent.

“Any player choosing to contest a red card must prove on the balance of probabilities that the referee’s decision to award a red card was wrong.

“The panel took account of all the evidence with which it had been provided and could not be satisfied that the referee’s decision had been wrong. The referee had concluded that the player had committed an act of dangerous play in a ruck or maul that passed the red card threshold, which involved contact to the head/neck area.

“Such an offence carries with it a minimum mid-range entry point of six weeks.

“The player does not have a good disciplinary record and the panel increased the sanction by one week to take account of this aggravating factor.

“The player had not accepted the charge. There was some limited mitigation present, including on account of the positive way in which the player engaged with the hearing. The panel concluded that a reduction to the entry point of one week on account of the mitigation that was present was proportionate in all the circumstances of the case.

“The player is therefore suspended for a period of six weeks.”

You can view the incident in real time in the match highlights below.