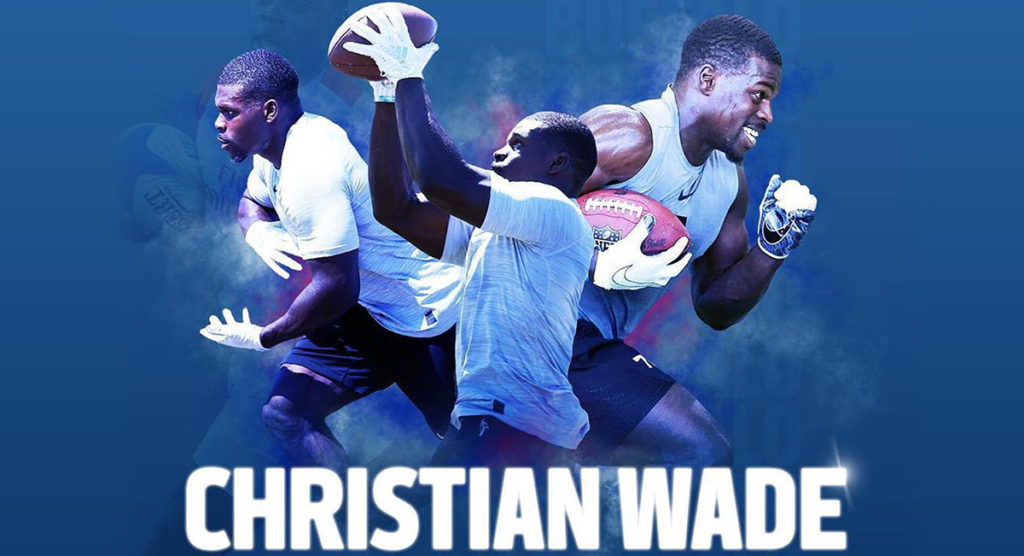 Former Wasps and England winger Christian Wade’s dream of becoming an NFL player moved a step closer yesterday when he was assigned to the Buffalo Bills’ practice squad through the International Player Pathway Programme.

This does not necessarily mean the 27-year-old will play in the NFL, but it gives the new running back a chance to work his way onto the 53-man roster ahead of next season.

NFL UK shared this video on Twitter of Wade receiving the news:

Wade described himself as “lost for words” on Instagram after the news was announced, and was congratulated by a host of former teammates and opponents from around the world such as Danny Cipriani, Maro Itoje, Conor Murray and Joe Rokocoko to name a few.

Wade followed up that post with another slightly stranger image of him celebrating eating what can only be described as an entire rugby team’s portion of Buffalo wings:

Only way to celebrate this evening, is with a Buffalo Wing!! 😎😜🤙🏿

Perhaps this was the only fitting way to celebrate to Wade, after what must have been a long journey. Although he is not yet in the NFL, he must certainly feel that the decision to move on from rugby was a challenge worth taking.

With 82 tries, Wade is third highest try scorer in Premiership history; he was a mainstay at Wasps, and it may have been deemed a risk to joining the International Player Pathway Programme, but it is starting to pay off as he begins to realise his NFL dream.