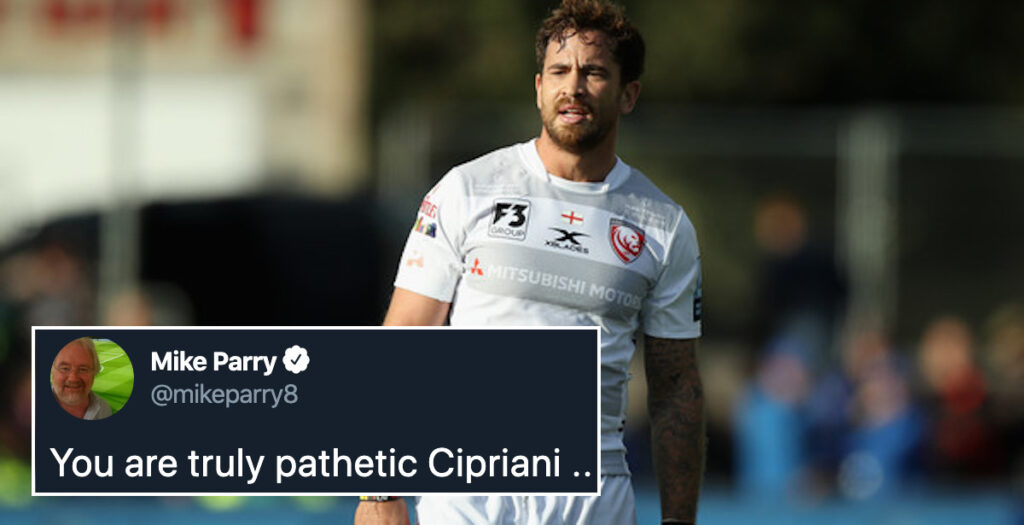 Former England fly half Danny Cipriani has been at the heart of a Twitter spat over the passing of television presenter and ex-girlfriend Caroline Flack.

The Gloucester number 10 expressed his anger at the media’s role which he argued was behind the recent death of Flack on February 15.

Cipriani said on Twitter: “The media are f**ked. Never held accountable. They lie. Get away with it every time. People are so quick to read it and just throw nasty comments.”

Cipriani’s comments about the media’s role ignited an ugly back and forth when he was accused of being “truly pathetic” and using Flack’s death “as a platform for his anti-media campaign”.

You couldn’t be more misguided. I don’t know who you are. I sincerely hope u get the love you never received. This has nothing to do with a game. I missed her call because of a fucking game. I’ve been up all night. Never cried this much. But I’m showing u it’s ok to be vulnerable

No way will I be withdrawing my tweet about Cipriani .. I think it’s disgusting of him to use foul language and further to use the horrific and tragic death of Caroline Flack to enforce or “prove” one of his own personal beliefs about the media – with whom he’s had many dealings

It’s safe to say that the rugby world is firmly behind Cipriani at this tough time.