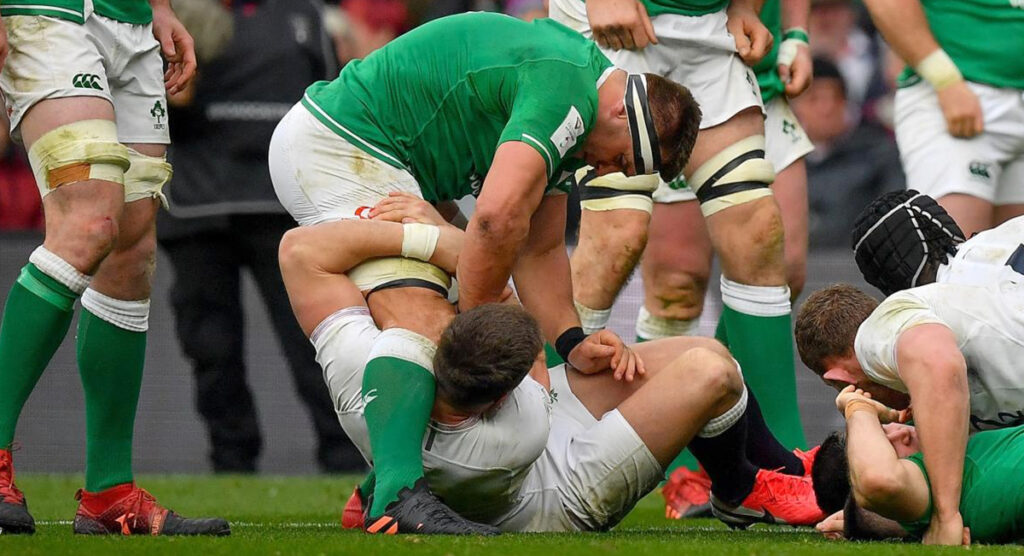 While England were ultimately convincing 24-12 winners in Sunday’s Six Nations clash, Ireland – and indeed other – fans certainly took note of an incident early in the second half.

Footage of Owen Farrell holding on to CJ Stander for a ridiculously long time at the bottom of a ruck was highlighted on social media, catching the attention of many fans on twitter in particular.

Players hanging on to others has long been considered an area of the game that officials need to be watchful for. Time and time again, it isn’t noticed, so players take the law into their own hands.

The way that Stander dealt with him, by striking repeatedly to try to get him to let go, has been lauded,  although that too seems a little bit counterproductive.

CJ Stander doing what every Saffa has wanted to do for some time pic.twitter.com/3Y90wlGv4p

Officials of the game need to find a way to punish players for holding others back, a regular occurrence. If not, it will continue to happen and retaliators will continue to look like the bad guys, even if fans seem to be fully in support of whatever form of justice they dish out.

Some definitely saw the funny side of it anyway.

There has been much talk about the officiating, with the breakdown a bit of a mess at times.

This instance in particular, just four minutes in, shows the chaos forwards were getting away with.

What did you think of the officiating in this match? Let us know in the comments below!