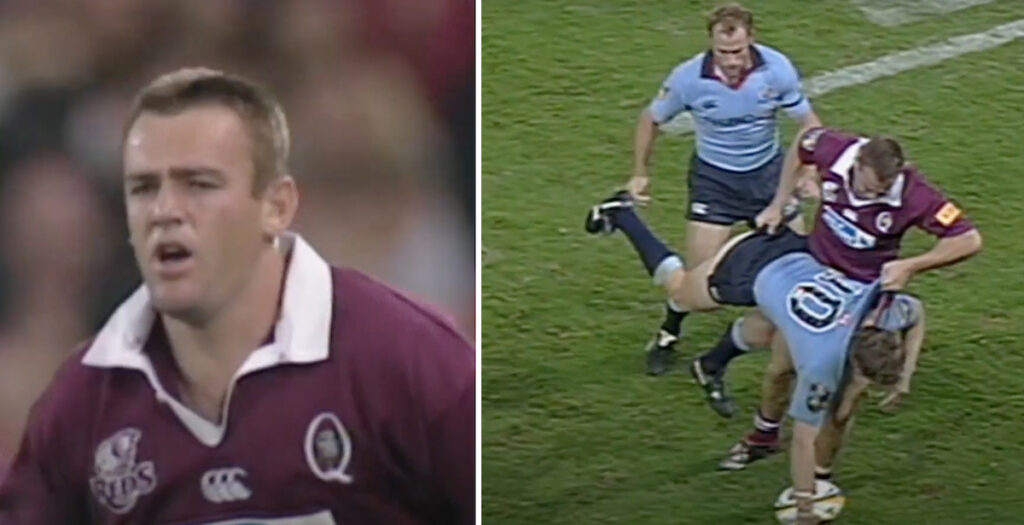 Having switched from the Tahs to join the Reds in 1998 Latham was pumped up for the game in Queensland and in the 12th minute produced a crowd pleasing hit in front of raucous Reds fans.

The full back executed a box kick from inside his own 22-metre line and chased hard down field towards Berne who was covering.

The Waratahs playmaker fell on the ball and before he could do anything about it, was simply picked up and thrown into touch like a rag doll by Latham.

The strength and power of Latham was on full show and his fist pumps afterwards show just how fired up he was.

Latham earned 78 caps for the Wallabies before retiring from international rugby in 2007 and is regarded as one of Australia’s greatest ever full backs.