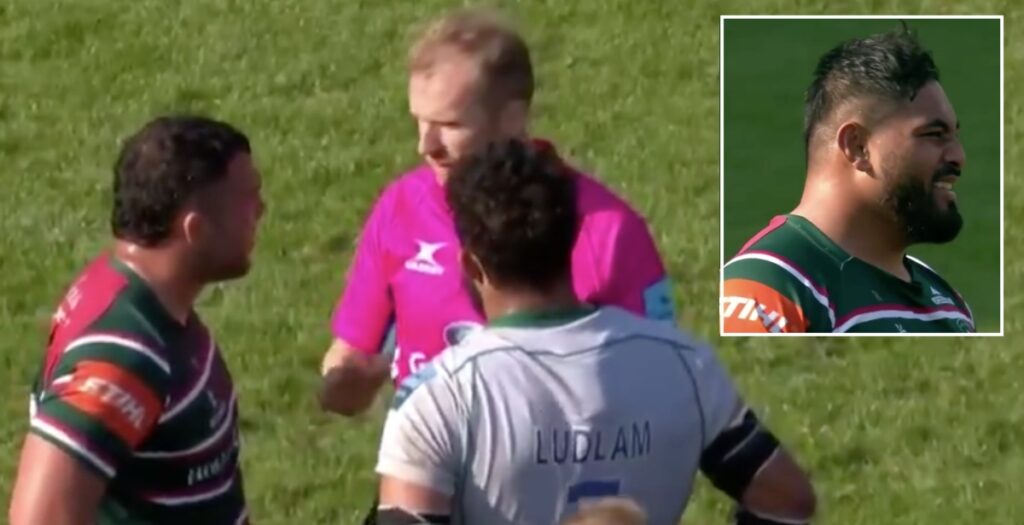 The veteran ref called in captains Ellis Genge and Lewis Ludlum to discuss the exchanges going on between certain players on the pitch.

Barnes said there had been some pushing and shoving going on before Leicester’s replacement prop Nephi Leatigaga escalated the situation by offering a fight in the car park.

Barnes gave a penalty against the Samoan while commentator Austin Healey was more concerned about the safety of his car.

What’s this? Someone’s after a scrap in the car park?! 😂

Tigers went on to win the game 28-24 leaving them 11th in the league with two rounds left of the regular season.

Logged back on to discover 22k people are now poised to disagree with my decisions. Can’t wait.