Collins issues apology after red card for taking out Umaga 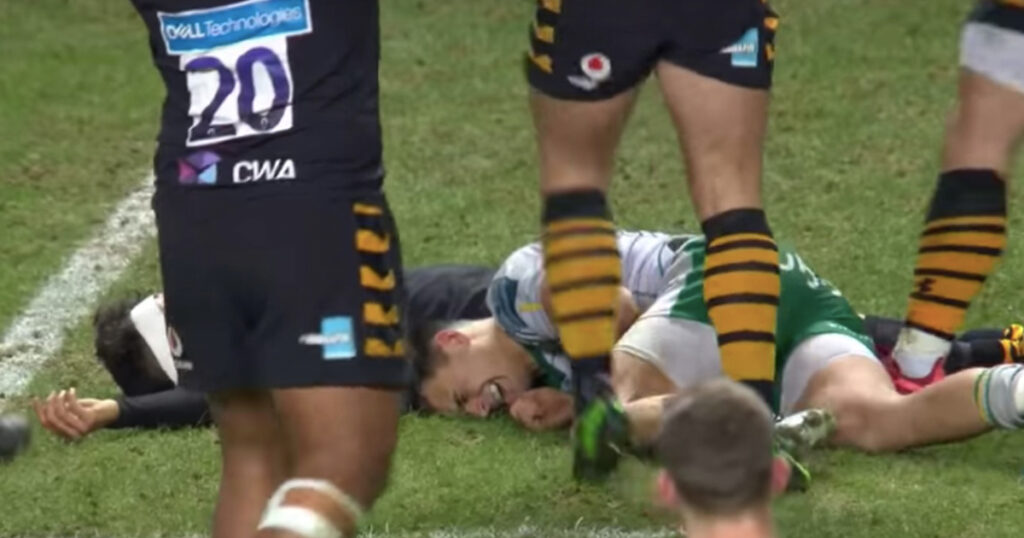 Northampton winger Tom Collins has said he “did not mean to cause any dangerous play or put anyone in harms way” after receiving a red card on Sunday.

The 25-year-old was dismissed by referee Matthew Carley for taking Wasps flyhalf Jacob Umaga out in the air in what was a frantic final quarter against Wasps at the Ricoh Arena, which also saw Cobus Reinach yellow carded for foul play.

No worries mate, part of the game! Glad you’re all good too https://t.co/nTQuQCJeIR

Collins has since apologised to Umaga on Twitter, who suffered no serious injury despite landing in a precarious position.

There is no doubt that there was no malice in Collins’ actions, but defenders that are not competing for the ball have a duty to ensure that players jumping for the ball land safely.

While Collins’ eyes remained on the ball at all times, this meant he clattered into Umaga, causing him to land dangerously in what was certainly a red card offence. Although ‘eyes on the ball’ was once a feasible defence to avoid any serious punishment, that no longer stands as there is an obligation to protect your opponent.

Umaga was replaced following the collision, but was able to walk off the field, which is encouraging given the nature of how he landed, particularly with his head crashing to the ground.

Despite a fightback from Wasps, which saw them take the lead with ten minutes remaining, the 13-man Northampton snatched the win in the dying minutes courtesy of a powerful surge close to the line from Taqele Naiyaravoro.

Collins is to appear before an independent disciplinary panel in Coventry on Wednesday.