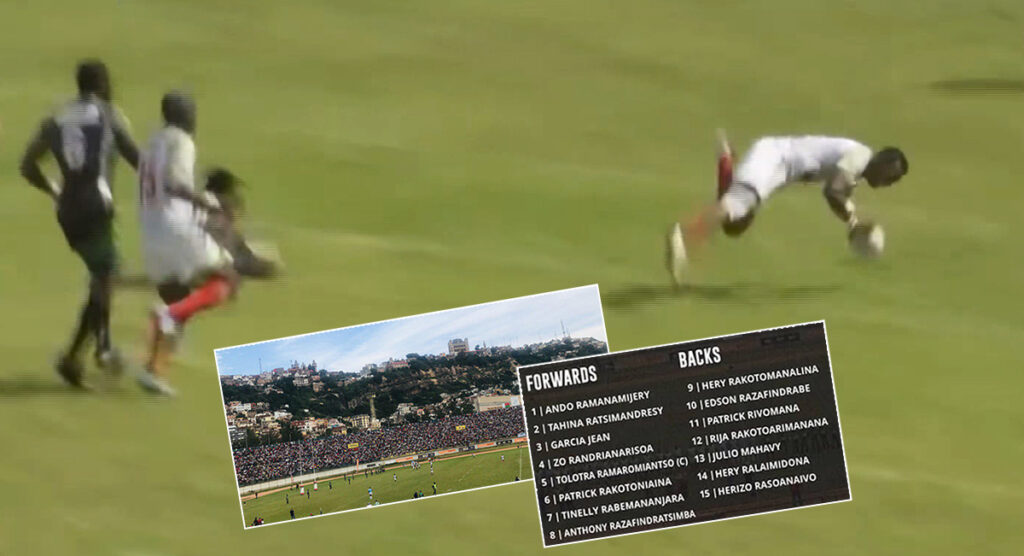 Rugby in Madagascar is thriving, with the latest contest between the hosts and Nigeria pulling in a whopping crowd, the likes of which went viral this past week. Aside from the impressive attendance, some of the player’s names have also fascinated fans.

Commentator Anton Taylor has described his experience for the fixture, talking about how he had to tackle the challenging local names.

“I was actually the commentator for this game on Sunday, along with @andriesstrauss 🤯💀 Have a look at those names. I have never. Ever,” Taylor said in a post.

“When I first saw the team sheet I thought it was a joke. Then I thought that Garcia & Mahavy would be the two best players. Then I wrote down the names with hyphens; ie Rako-to-ma-na-lina.”

You can see the unbelievably tough looking teamsheet listed below.

He went on to explain why the Madagascan names are so complicated for native English speakers to read.

“The reason Madagascan surnames are so long is because they include the first and last names together. The longest name in the history of Madagascar was the 19th century king, Andrianampoinimerinatompokoindrindra – ‘prince who was born to Imerina and who is my real lord’.

His 36 letter name was shortened to the much easier Andrianatompokoindrindra. Thankfully, Zhinot Henry scored three tries.”

The video below shows Taylor calling this lovely try, that was scored after just five minutes.

“The Madagascans threw the ball around superbly, and it was amazing to see Maha-ma-sima Stadium in the Madagascan capital Ant-ana-na-rivo packed with 22 000 spectators,” he added.