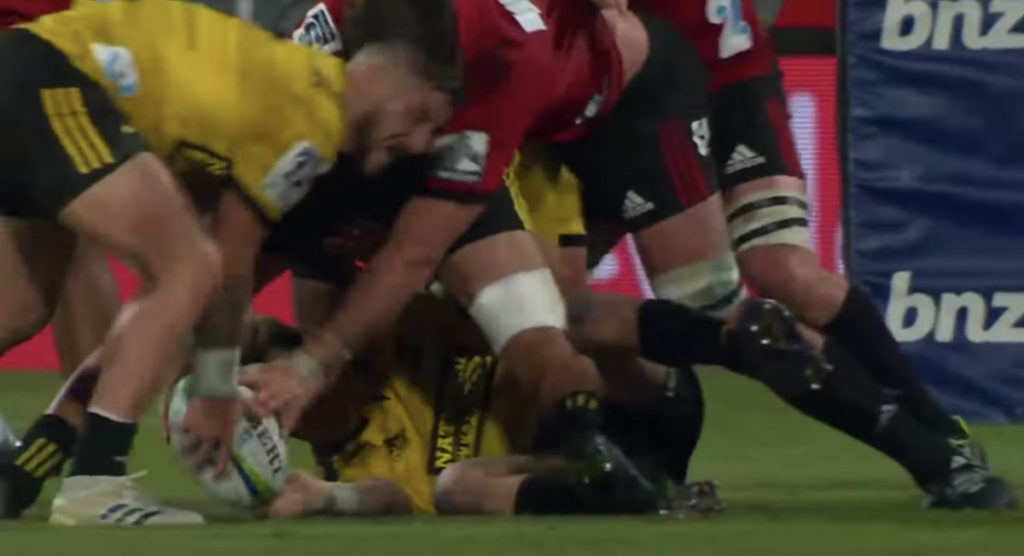 The Crusaders defeated the Hurricanes 30-26 in a thrilling semi final on Saturday, however, the match wasn’t without a bit of controversy as referee Nic Berry called a crucial knock on penalty against TJ Perenara in the final two minutes of play.

Reviews clearly showed that Sam Whitlock had illegally played the ball, thus knocking it out of Perenara’s grasp. However, the penalty was assessed and any further hopes of denying the two-time reigning champs from advancing to a third final on their home soil were unceremoniously ended.

The Crusaders were awarded a scrum, launched the ball into touch and themselves into the final.

Never one to keep fans guessing, Perenara didn’t hold back with his take on the controversial moment.

“It was a penalty. I guess it was pretty clear and obvious,” Perenara said. “We all probably know, we have seen it. We know it’s a penalty. The ref can’t see everything. He makes a call and calls it a knock on. Sometimes we expect a penalty, there, for a deliberate knock down; but it is what it is in a game of footy.”

It’s anyone’s guess as to what would’ve happened had the call been reversed.

80’ The referee misses Sam Whitelock playing the ball at the ruck and the Crusaders make another final. Congratulations @Hurricanesrugby #CRUvHUR

The Crusaders advance to yet another final where they will face the Jaguares, who convincingly beat the Brumbies in the other semi final.