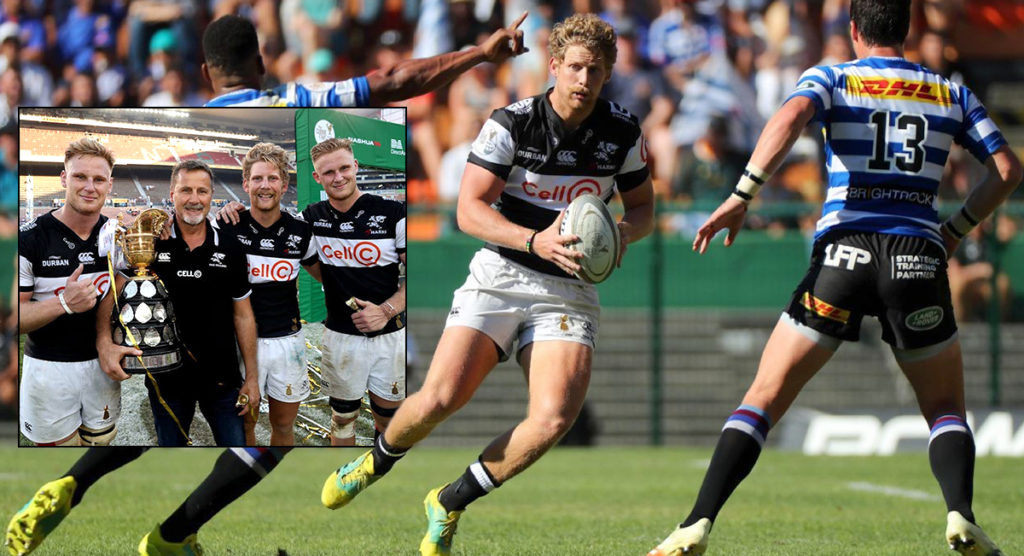 The Natal Sharks won away from home on Saturday to pick up their first Currie Cup title since 2013 as they beat Western Province 17-12 in Cape Town. It was sweet revenge for the Sharks, who beat the defending champions after losing to them in the final last year.

The first half was a scrappy affair in sweltering heat but tries by Sharks hooker Akker van der Merwe and flanker Tyler Paul brought things to life in the second, with number ten Robert du Preez slotting his kicks.

The victory was the eighth overall Currie Cup title for the Sharks and their first in five years.

Du Preez, who ironically kicked the winning points for Western Province last year before switching to the Durban based outfit, is the son of coach and former Sharks and Springboks scrumhalf Robert [snr], and brother of twins Dan and Jean-Luc, who also played in the final.

Today it was announced that he will be heading to Sale Sharks in England on a short term deal.

Capped by the Springboks last year, the 25-year-old will arrive in the UK this week in order to prepare for the upcoming Gallagher Premiership games.

Sale Sharks’ Director of Rugby Steve Diamond said, “Rob comes with an outstanding CV and will be a fantastic injury replacement for AJ MacGinty. He arrives at the end of this week for three months.

“I have been very impressed with Kieran Wilkinson who has done a great job stepping in at ten, but with some important games coming up, Rob will bring more experience to our squad.

“We look forward to welcoming him to the North West of England.”

On the Currie Cup final victory, Natal Sharks coach Du Preez senior said how proud he is of his sons.

“It was definitely a relief to have Robert junior in my team because I’ve never won when I coached against him in the final when he was playing for Maties and obviously Province. I’m glad for him to win these back-to-back Currie Cup titles.”

Catch up on extended Currie Cup final highlights below [12 minutes]

Wasps losing a prop to a red card ultimately wasn't enough of a leg-up for Worcester to go and end their rotten Premiership losing streak.