There are plenty of players that take to the field alongside their siblings. You only have to look at the Curry twins and the three Du-Preez brothers at Sale, or the Youngs brothers when they were at Leicester together.

Well, Heaton Moor RFC have changed the game and put together an entire forward pack consisting of the same family. This includes the father and seven of his sons.

Not hard to spot the family on the teamsheet, the Ireland’s occupy numbers one to eight.

The oldest is Mike Ireland at 56 years of age, with his youngest son being just 18.

We’d like to think that tighthead prop Mike Ireland has given himself the role of captaincy as the senior player in the all Ireland setup. 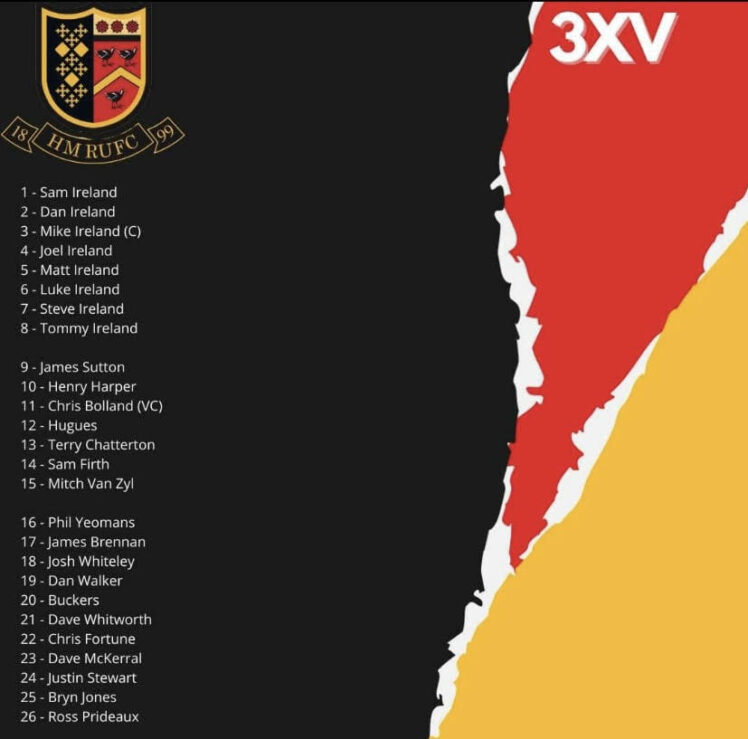 Fans on Reddit were quick to latch on to the fortunate surname of the family, Ireland.

Some gave warm mix ups of Shoulder to Shoulder:

While others referenced the expected mix up on the pitch:

And of course…memes were created: What next, maybe we can get a backline of Englands?