Dan Biggar praised for honesty over try decision against Ireland 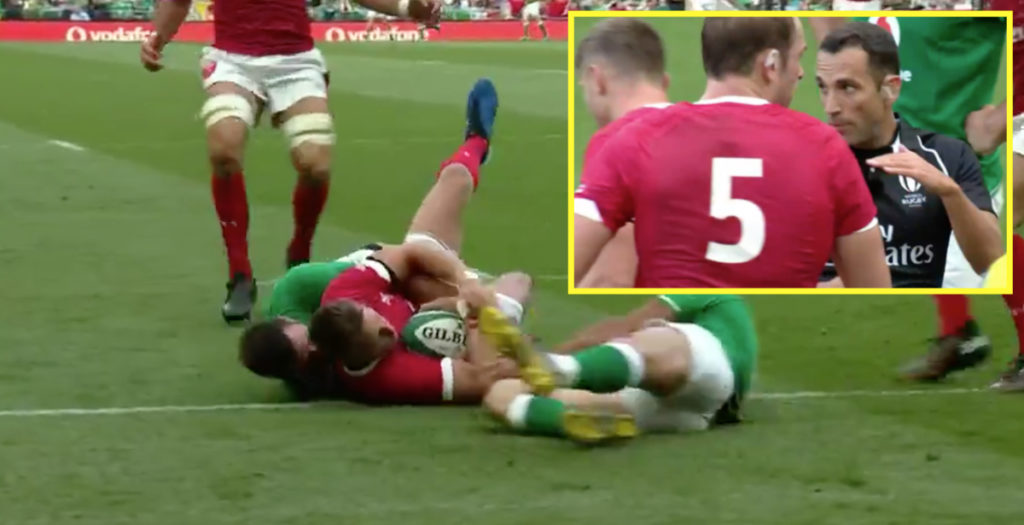 Wales fly half Dan Biggar demonstrated a touch of class against Ireland on Saturday when he told the referee he hadn’t scored a try.

Biggar made an interception on the half way line in the first half of their final World Cup warm up game in Dublin and headed towards the corner.

The 29-year-old covered 60 metres only to be hauled down by Robbie Henshaw and held up by Rob Kearney over the try line.

Referee Mathieu Raynal was preparing to go upstairs to the TMO when Biggar admitted that he did not successfully ground the ball.

A brilliant tackle from Rob Kearney and Rob Henshaw – and an equally impressive piece of sportsmanship from Dan Biggar as he tells the ref he hadn’t managed to touch the ball down for the try 👏👏👏#C4rugby #IREvWAL pic.twitter.com/zwJwOzYGGB

The game finished 19-10 to the Irish and Biggar has since received praise for his honesty.

Immense respect for Dan Biggar – always a classy & humble player. But my new hero after he told the ref he didn’t score a try against Ireland this am. Save fannying around with endless TMO and just a nice rare bit of honesty @Nigelrefowens @dbiggar1

Superb of @danbiggar telling the referee he didn’t ground the ball in yesterday test vs @irelandrugby didn’t waste several minutes of replays. Just got on with the game. This is why ours is a great sport #rugby