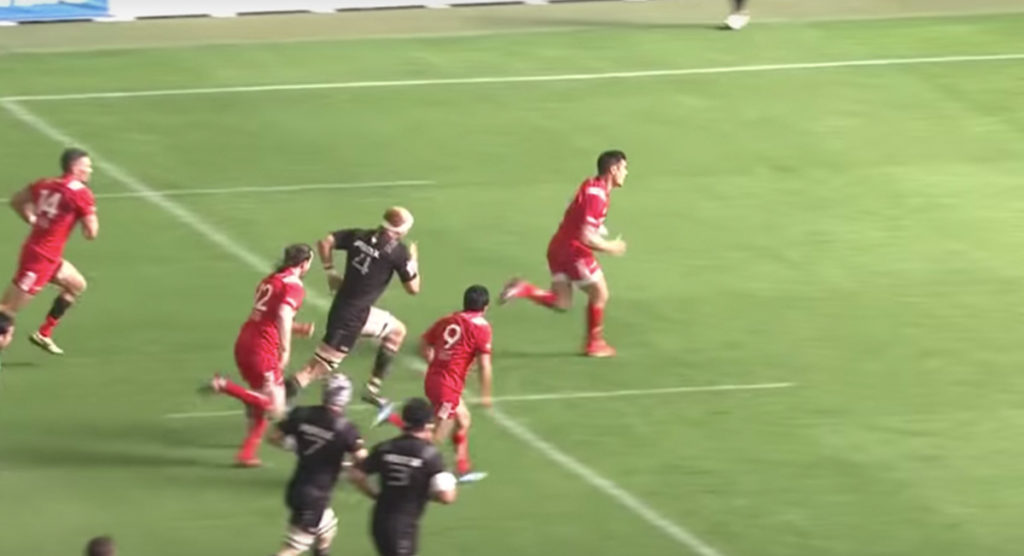 Dan Carter put in a timeless performance over the weekend as the Kobe Kobelco Steelers dismantled the Ricoh Black Rams 63-27 to advance to the Japan Top League semi-finals.

Carter looked like his younger self, gathering 28 points in a massive haul reminiscent of days gone by. Nevertheless, he’s proving that age is just a number as the Steelers continue to advance through the playoffs.

As the clip indicates, he’s still going strong. He scored the Steelers’ first try after his dummy created a nice line-break. Carter scored a second try later in the match, while also having his hand in many other scores, including two of Fraser Anderson’s three.

At 36, he’s certainly on the tail-end of a magnificent career. However, he’s now two wins shy of adding yet another championship to his name.

The Steelers will now advance to take on the Jake White-coached Toyota Verblitz this coming Saturday after the Verblitz took down Robbie Deans’ Panasonic Wild Knights.