Debuts and returning stars for the Wales Vs All Blacks clash

The Autumn Nations Series is finally upon us, with a littering of world-class superstars ready to take to the big stage it’s going to be a fantastic few weeks.

Announced this morning were the lineups for the Wales Vs New Zealand match taking place on Saturday. The Principality Stadium will play host to the contest and is able to seat up to 74,500 spectators.

Despite being very far from home and being doubted by many, the All Blacks are still the overwhelming favourites to win their first game of the series. The world cup is still a year away, so with a solid record this autumn, the All Blacks still have every opportunity to get the fans back on their side before crunch time next year.

The big news in the All Blacks lineup is that all three Barrett brothers will be back in action for their national side, albeit with a slight change in position. Scott Barrett remains in his normal position of second-row, however the other siblings change up slightly in the backline.

Jordie Barrett has been utilised predominately as a fullback for the All Blacks in the past, however head coach Ian Foster has elected to install him at inside-centre. Many people including Hurricanes coach Jason Holland prefer to see Barrett at 12, and it now appears that Foster could be looking at this possibility going forward.

“I like him at 12,” said Holland. “I think he’s just as much a 12 as he is a 15. We played him at 12 last season and think he’s got an awesome skillset. He’s probably one of the guys that gives you the go-forward, to let people around [him] play really well. His skillset and the fact he’s quite a tough bugger makes him a pretty good 12 for me.”

“It’s still a bit of both,” Holland added. “It’s always going to be what’s best for the team, but generally, I think Jordie Barrett’s best spot is at 12.”

With the 15 shirt now going begging and the 10 shirt being held onto so confidently by Richie Mo’unga, there’s now the opportunity for older brother, Beauden Barrett, to secure the fullback spot. Having played at 15 for decent amount of his career, Beauden will be no stranger to the position.

On the opposite side of the field there is a return for the great Leigh Halfpenny, as he returns to the starting lineup for the first time in well over a year. Also returning are Ken Owens and Justin Tipuric after a long injury-ridden absence for both players.

“They bring a lot of experience and they are big-game players. Playing New Zealand doesn’t get much bigger so we’re really looking forward to having them back in the side.

“New Zealand is going to play with speed, we know that. The roof is closed so we’re looking forward to a fast, open game and I think Justin brings that extra bit of speed to the number six jersey. So the combination [of Tipuric, Reffell and Faletau] we think will work well.” 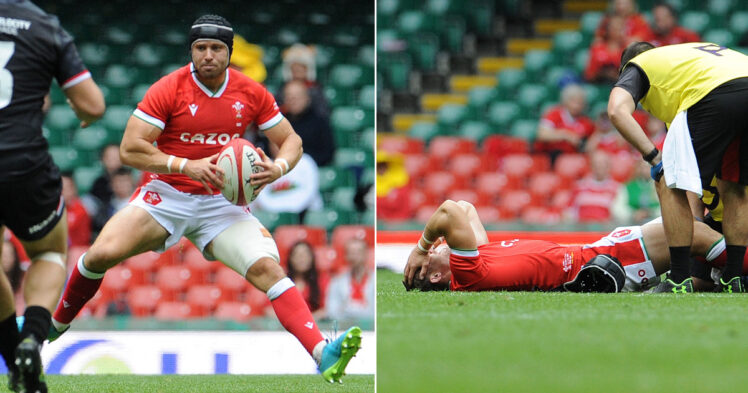 There’s also a debut for Dragons winger Rio Dyer, as he makes his debut against the former world champions.

“Rio has fitted in really well and really quickly. He’s thriving in this environment. He’s a young man that’s bringing some form with him into camp. He scored some great tries and he’s full of confidence.

“That means a lot to a young guy playing his first Test match in front of a big crowd. There’s no better way to start your career so we wish him well.”