Director of Rugby to step down after 10 years

Newcastle Falcons head coach, Dean Richards is due to step down from his post at the end of this season.

Having served ten years as top dog at the north east side, Richards is now expected to take on a consultancy role at the club.

The 58-year-old had the following to say:

“At the moment I’m talking to Semore about it,” [The Falcons chairman]

“I’ve been doing it [director of rugby roles] for 25 years or so and it’s been a long haul, to be honest. At the same time,’ I’m still keen as mustard, and still enjoy the sport and the match days more than anything.”

“The last two years have been a real shake up for everybody,” he added. “We got to fourth on the smallest budget, and every year we have the smallest budget in the Premiership. Everything is above par for us. That’s not the way we look at it, we want to get as high up the ladder as we possibly can.”

Richards is expecting the 2022-2023 season to be a ‘development’ year for the club, which has not hit the heights of their 2018 playoff season in recent times.

“The year we finished fourth we had an outstanding year with outstanding players, the likes of Niki Goneva, Sinoti Sinoti, guys with real X-Factor. In essence, if we were to be able to play our best team week-in week-out we’d be competitive with most sides.

“I’m happy with the way the academy is functioning, it’s churning out some unbelievable players. I’m delighted with the way the club is from a rugby perspective, and we’re in a good place” Richards pointed out. 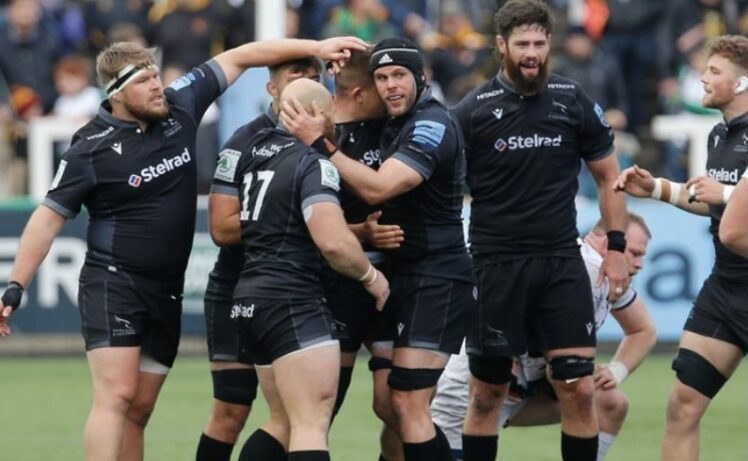 When quizzed about how his role has changed over the years, Richards added:

“The role of director of rugby varies from one club to another, I’ve always done the contract negotiations, so I’ve never taken any baggage like that on the field.

“That’s one of the reasons I don’t go onto the field, is that I do all that side of things. I do employ a number of very good coaches to deliver a format and they deliver it well. I trust them to do that. That’s the way I’ve always worked.”

With the season coming to an exciting conclusion for the top placed sides, the bottom is starting to look rather scrappy. Newcastle alongside the likes of Bristol, Worcester, and Bath are all in very real danger of finishing bottom of the pile. With just five points separating Newcastle from bottom placed Bath, this could be an explosive end to Richard’s tenure.