DIVIDE: Fans and pundits give their thoughts on Nigel Wray retirement 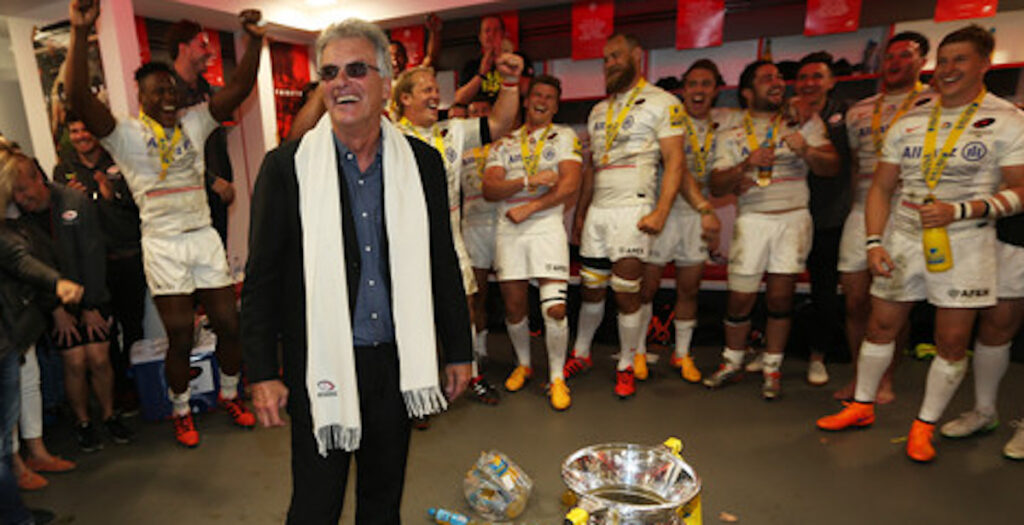 Nigel Wray announced his retirement from the role of chairman at Saracens on Thursday, 2 January with immediate effect.

The 72-year-old is recognised as a successful businessman and took full ownership of Saracens in 2018 and will continue to financially support the club despite retiring from his role.

Club Statement | Nigel Wray has decided to retire as Chairman of Saracens with immediate effecthttps://t.co/HPdzOSZA0g

Wray first invested in the club 25 years ago and has been credited with transforming Saracens into one of Europe’s top clubs and helping drag rugby into the professional era.

However his reputation was struck a blow in November when Saracens were deducted 35 points and fined £5.36m for breeching the Premiership salary cap.

Therefore Wray has split opinion among rugby fans as to whether he has had a positive influence not only on Saracens, but English rugby.

The Nigel Wray before ➡️ after shot.

His passion for not only Saracens but also the sport of Rugby Union is unwavering. The game will miss him. pic.twitter.com/iW90GXm0ol

Nigel Wray retires. While his legacy & reputation has been tarnished by the salary cap scandal, he's had a seismic impact on English & European rugby. Without benefactors like him the professional club game wouldn't exist. Meanwhile Ed Griffiths back as CEO & has started already.

History will acclaim Nigel Wray as one rugby's true pioneers, whose vision transformed @Saracens from a parks team into European champions. He is retiring as chairman after a trail-blazing career, signing Wallaby superstar Michael Lynagh, then Philippe Sella and Francois Pienaar.

The final chapter of Nigel Wray’s chairmanship will be shadowed by salary cap breaches. But I hope history doesn’t lose sight of his life-long contribution to a sport & the club he loves. https://t.co/QBajz346b1

Nigel Wray is neither the Devil incarnate or the Mother Teresa of rugby. He is in my humble opinion one of the most important figures in English professional rugby over 25 years – faults and all @Saracens @premrugby

Nigel Wray’s legacy will be fascinating to consider a (rugby) generation or two from now. In a sense, I guess his time as Chairman had everything. Looking back on my five years at @saracens, I remember him with real fondness. https://t.co/aqWlBZ2ejK

I’ve met Nigel Wray in several occasions not only at rugby grounds or charity events, but 5.30am at Ulster airport with @Raynertron many years ago and we chatted until our flight was called. He’s definitely been good for professional rugby, he’s lost more money than he’s made

He's a cheat, there aren't any highs. And now he's run away like a coward. Some legacy. #NigelWray https://t.co/Kb8VC4YWG1

Plenty of rugby fans have become disillusioned with the Premiership because of Nigel Wray. No doubting what he has done for the game but he leaves in disgrace so can we stop painting him as the victim please. https://t.co/YgbATrXB8I

A lot of chat about #NigelWray tonight. A lot of people trying to reflect all the good he did. But he lied to all the other rugby clubs and he cheated for multiple seasons. It might not ruin his reputation for some but it’s the defining part of his legacy now.

Nigel Wray steps away from Saracens and there's a general outpouring of "if we ignore the salary cap issue, he did a lot for rugby…." HE IS A CHEAT! He knew the rules and went out of his way to bypass them through complicated financial dealings. Cheat! Good riddance.

Well that’s not true, Nigel Wray repeatedly disputed they had done anything wrong, of course now he accepts they have cheated.
That’s his legacy in rugby I’m afraid, cheating and lying about it.