The former premiership star Chris Mayor has been banned from all sports for 4 years following an anti-doping rule violation.

Doping scandals have been well documented in the world of sports for many years now. Often hitting the headlines in sports such as competitive Cycling and Athletics. Certain names like Lance Armstrong and Justin Gatlin spring to mind as the most famous of drug abusers.

This time around the substance in question is of the performance-enhancing variety.

In 2018 police found evidence on a private Facebook message, sent by Mayor enquiring about a banned growth hormone. Despite claiming that the substance was due to be used to ease his father’s knee pain, Mayor has been charged with both the possession and the trafficking of the drug.

The Rugby Football Union has released the following statement regarding this issue:

“In September 2019, UK Anti-Doping (UKAD), the national anti-doping organisation for the UK, received evidence from the police that revealed Mr Mayor had attempted to acquire 72iu Lilly pens containing the drug Humatrope, which is a Human Growth Hormone (hGH).

“hGH is prohibited at all times under section S2 of the World Anti-Doping Agency (WADA) 2018 Prohibited List and is a non-Specified Substance.

“The RFU also charged Mr Mayor with possession (21.2.6). This charge was found not proved.”

The head of the RFU’s anti-doping and illicit drugs programme, Stephen Watkins added:

“Mr Mayor was a respected professional player and well aware of his responsibilities.

“All rugby players irrespective of level are subject to the anti-doping rules which are in place to protect players and the integrity of our sport.” 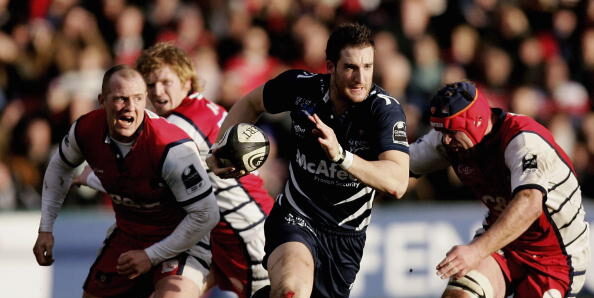 Mayor was a very talented player during his time, even winning the premiership with Sale and even scoring a try in the final back in 2006.

In his defence he went on to say it was “during a difficult period in his life” and described the Facebook messages as a “speculative request”.