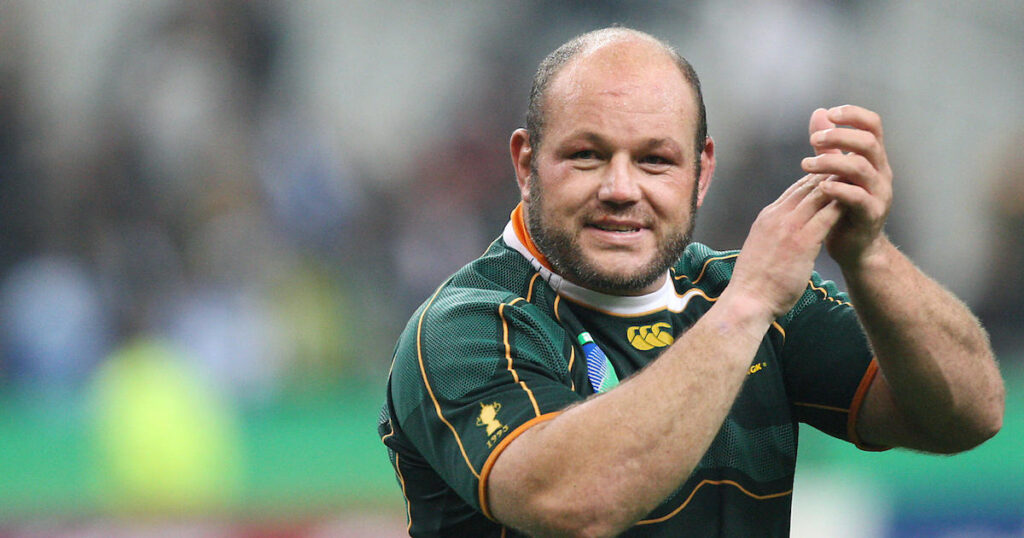 Former Springbok prop forward Os du Randt is a living legend, both in his native South Africa and across the rugby world. The big man recently appeared on SuperSport’s The Full Circle programme and gave a bit of insight into his upbringing and playing career.

Du Randt earned 80 caps for South Africa during two stints, starting in 1994 against Argentina before playing a pivotal role in his side’s World Cup triumph on home soil the following year.

He achieved one more World Cup title in 2007 after being brought back by then coach Jake White.

Du Randt grew up on a farm in Elliot in Eastern Cape, where his family plied their trade and the former prop forward talks about his rather unique training methods which helped him develop the strength and upper body physique he eventually became known for.

Heavy lifting and manual labour on the farm emphasised strength, technique and feet positioning, which are key elements of scrummaging. Du Randt earned the nickname “Os” which translates from Afrikaans as Ox as a result of his immense power and physique.

“Not a lot of Prop Forwards are Nice Guys”

Joining the gang to add his input was fellow former Springbok Brendan Venter, who claims that du Randt was “a nice guy”, going against his own impression of typical front-row forwards.

“He was just special…he was exceptionally fast, he had good hands, he had a way of defending and he could smash people.

“He was also a nice guy, not many prop forwards are nice guys, but he was!”

Du Randt admitted that playing alongside Venter was always preferable to playing against him, saying that Venter was “so competitive and prided himself on his defence. He was always in your face and you don’t forget about him.”