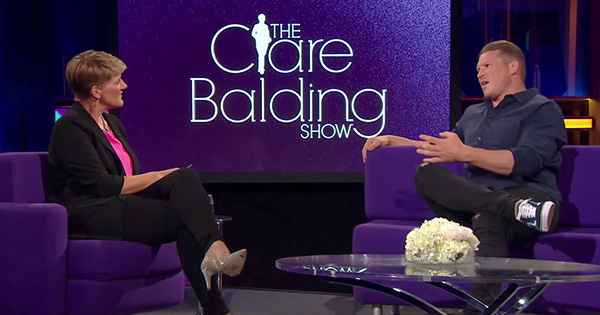 “Naughty boy” Dylan Hartley had a sit down with BT Sport’s Clare Balding on Thursday evening to cover a wide-range of topics relating to his rugby career. Among the topics were his missing out on the Lions tour, his promotion to England captain, and of course his bad-boy persona.

Hartley has had several memorable moments thoughout his career. Most notably is his penchant for getting himself banned, something that comes with regularity – 60 weeks missed, in fact.

Nonetheless, Eddie Jones clearly sees a strong leader in Hartley, as he’s rewarded him with England’s captaincy. As a result, they’ve been a very potent partnership, thus far.

Hopefully, he’s been able to use these moments as a maturing process and an opportunity for growth, much as he claims here. With the next World Cup drawing ever closer, it appears that his focus is now squarely on hard work and constant improvement.