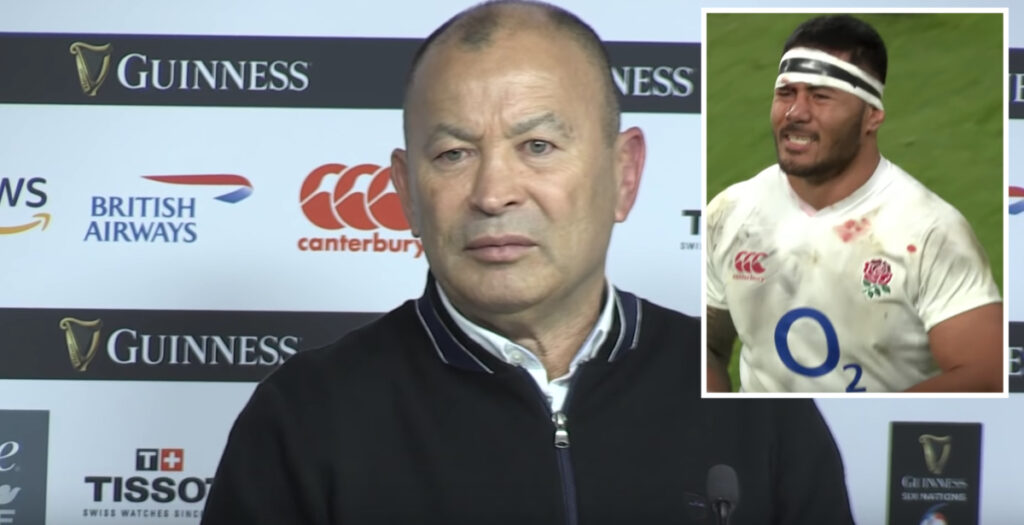 The 28-year-old centre was shown a straight red in the dying minutes of the game for a tackle on George North in the corner, which appeared to show Tuilagi’s shoulder make contact with North’s head and neck area.

“It was 13 versus 16 at the end,” said Jones in his post match press conference. “I usually do not comment on incidents like this but I am breaking my rule because I found the red card bizarre. I do not know how you are meant to make a tackle when a guy is falling after a chop tackle.

“Manu was coming over the top to kill the tackle. It’s absolute rubbish and there is no common sense in such situations.”

England came away with a 33-30 win at Twickenham to conclude their Six Nations campaign for 2020, however the hosts were 17 points up with three minutes left on the clock before Tuilagi was sent off.

Tuilagi has now earned 43 caps for England since making his international debut in 2011 and scored 18 times along the way.