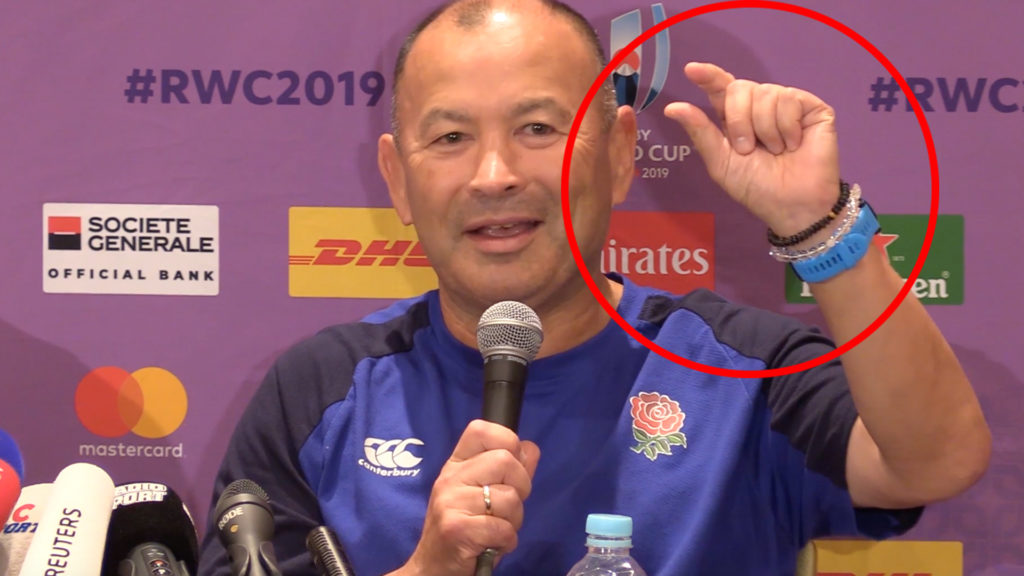 Speaking to the press this week, Jones responded to Warren Gatland’s comments that England may have very well played their best game in this tournament already.

England will look to win only their second-ever World Cup title this weekend as they take on 2-time winners South Africa in Yokahama.

Speaking of the preparation that the men in white have made for the Springboks, Jones said…

”The only thing we are really worried about is how the Springboks turn up on Saturday.

“They won a tough semi-final and when you are in the final of the World Cup you have done a lot of good things right.

“They are a massively aggressive forward pack and they played their stronger team in the second half as opposed to the first half.

The Semi-Final between Wales and South Africa wasn’t the prettiest affair but it was a titanic clash of two defensively sound teams.

England have become only the second team in World Cup history to defeat the Wallabies and All Blacks at the same World Cup. South Africa achieved that en route to winning the Webb Ellis Cup in 1995.

Jones spoke to the press today ahead of their final. Some of his responses were brutal.

Warren Gatland said this weekend that he thinks that maybe England have already had their final at this tournament and that England could lose this final.

Jones’ response to this was nothing short of hilarity.

No messing around from Eddie Jones there and we are sure that that will ruffle a few feathers around the Rugby World. This was pretty brutal from Jones but it makes for an interesting week of speculation.