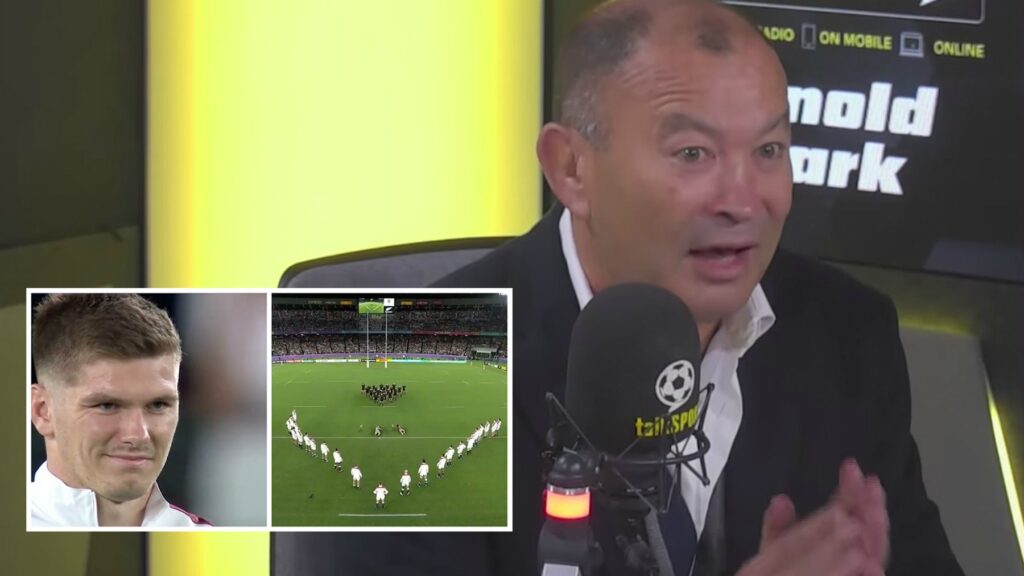 Eddie Jones sat down with TALK SPORT today for a brilliant 30-minute chat where he spoke about all things rugby, including his mentality around coaching and leading the England team.

There were so many interesting topics of discussion that were brought up during this chat.

The interviewers asked Jones about some of the chapters of his book. One of the chapters looked at how Jones was told back in his playing days that he was too small to be a hooker for Australia. He said he spent 12 months sulking about it. Jones said that at the time he weighed 80kg, 20 lighter than his competition in the front row.

The real talking point, of course, about this sit down was the chat about the World Cup.

England’s famous semi-final against New Zealand was brought up, with the hosts gushing over Eddie Jones master plan that defeated New Zealand.

Jones revealed the reasoning behind England’s decision to form a V-shape against New Zealand, saying that he has a friend that sends him ideas for these kinds of things every week.

One of these ideas involved the possible formation against the All Blacks and Jones brought this idea to England captain Owen Farrell.

Jones had this to say about the haka…

“Everyone sits there and pays homage to the All Blacks when they do the haka. So they immediately get a head start. We thought let’s get the crowd stirred up so what about we surround them? I said to Owen, take it to the team and see what they think. By the time he came back it was a V, it wasn’t supposed to be a V, but it ended up being a V.”

Here is the full interview with the section about the haka. A really brilliant watch.