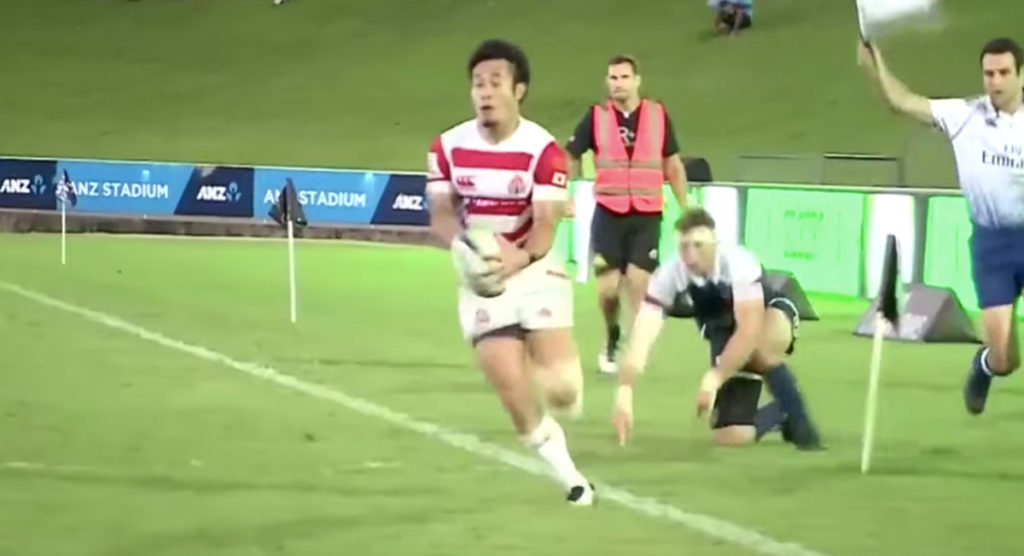 Japan defeated the USA 34-20 to win the 2019 Pacific Nations Cup over the weekend. The final score could have been even more emphatic if winger Kenki Fukuoka had managed to stay in bounds after his superb kick and chase.

Japan were nursing a comfortable bonus point lead midway through the second half when Fukuoka skinned two Eagles – including veteran winger Blaine Scully. Even though it appears the opposing fullback had given up on the play early due to the flag going up, the winger still showed serious skill to chip ahead.

It was close but the line judge was on the spot and made the right call.

Fukuoka has been a revelation for Japan, scoring 20 tries in just 31 tests. He emphatically scored number 20 against Tonga, after leaving Nafi Tuitavake and Tevita Halaifonua in his wake, helping Japan to a 41-7 victory.

He is doing great things and will surely be a huge player to watch as Japan hosts the World Cup in just a few short weeks.