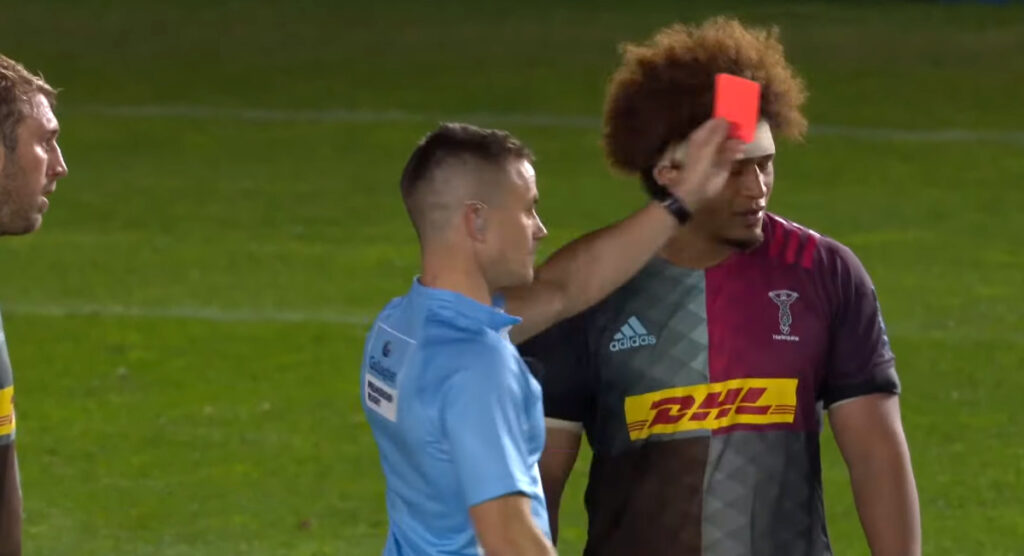 Chris Robshaw’s final match at Twickenham Stoop was marred by a sending off and late try that saw Harlequins fall 32-23 to Wasps in the Gallagher Premiership. The tackle added to the pressure for Harlequins in what was a tense end to the game.

Elia was sent off by referee Luke Pearce for a dangerous tackle on Dan Robson that tipped the scrumhalf past the horizontal.

While play went on after the initial hit, Pearce was alerted by his officials and the incident was reviewed.

But the red card to Elia shifted the balance and Wasps clawed their way back.

Tries from Gabriel Oghre, Thomas Young and Jack Willis accomplished the mission in a bonus-point victory that keeps a home semi-final within grasp and continues a stunning post-lockdown run that now reads seven wins in eight games.

With Elia off the field, Wasps landed the killer blow with three minutes to go when Willis charged down a Mike Brown kick to gather and score.

Elia will appear before an online independent disciplinary panel at 1700h on Thursday 1 October 2020.