Besides being known as the best looking, most intelligent, and most humble of players, prop forwards have recently become well known for their sense of humour.

You need look no further than the likes of Joe Marler or Max Lahiff who regularly find themselves going viral with their larger than life interviews.

Another well known name that appears in the British media for his strong personality as much as his supreme skill, would be Ellis Genge.

During Leicester Tigers loss to Harlequins at the weekend, Genge and fellow prop Dan Cole were seen to be discussing the virtues of the game with Wayne Barnes’ assistant referees. 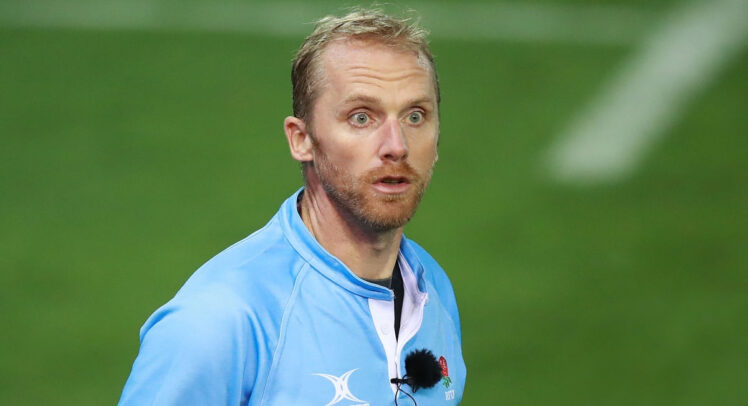 The ever vocal Brian Moore was not impressed with what he saw, and had the following to say to The Telegraph Rugby:

“At one point in the game both Ellis Genge and Dan Cole were berating one of Barnes’ assistant referees whilst they were warming up as substitutes in the in-goal area. They were obviously disagreeing with Barnes’ decision that held the Tigers’ front row as being responsible for a collapsed scrum.

“Whilst both those players have broad knowledge of the scrum, neither should be allowed to engage with any official until they are actually playing on the pitch and even then, they should only do so in an appropriate manner.”

Ellis Genge showing the level of humour we come to expect from modern day props had his say on the matter:

Nothing but respect for the officials who manage the game, would never try to undermine any official, I am so sorry that you viewed it that way Brian. I’d like to extend and apology on behalf of myself and Dan, where can I address the flowers? Love your work by the way. 👍🏽 💯 💯 https://t.co/uPfTgme0sh