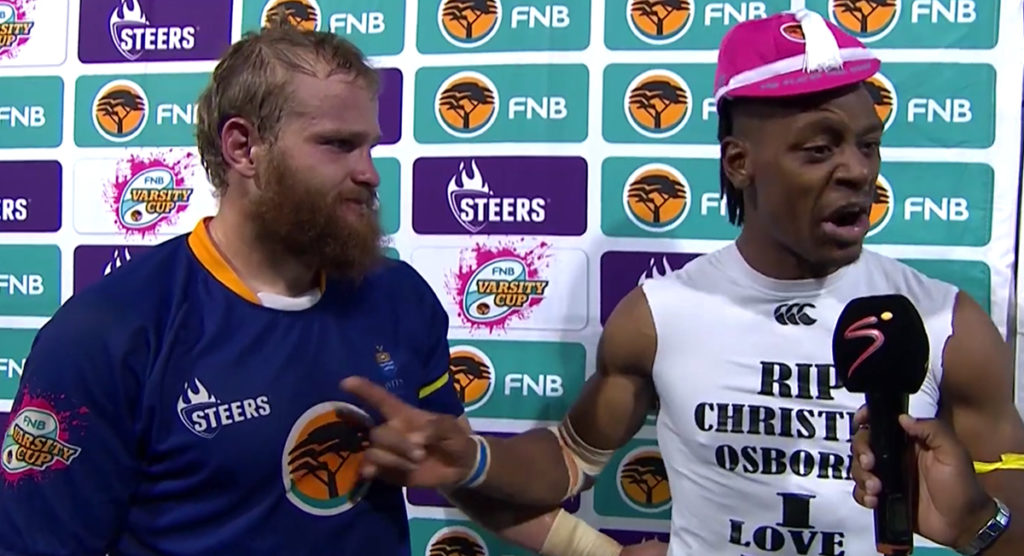 South Africa’s Varsity Cup continues to grow in popularity quality, producing players that use the platform to make a name for themselves and go on to higher honours. However, on Monday night there was a sombre yet heart-warming atmosphere post-match.

Johannesburg’s Wits University held off the threat of Cape Town’s UCT for a hard-fought 30-29 win, with winger Dan Kasende named Man of the Match after a tragic week for him.

The 23-year-old’s girlfriend passed away last week, so after his team vowed to play in her honour, he used the post-match interview to pay tribute to her and was then joined by inspirational captain and Varsity Cup legend, Constant Berkerling.

You may remember Bekerling for that famous interview that went viral last year (view it below too).

It was a heartfelt moment between player and captain as the two shared the raw emotion they’ve been going through and included some inspiring words that remind us what really is important.

“Sometimes you just have to go back to why you play the game,” he said. “For the love of it, the friends, the brotherhood… For us it’s about why we play this game and giving people hope.”

On a lighter note, here is another look at Berkerling’s famous ‘testicles’ speech that went viral last year.