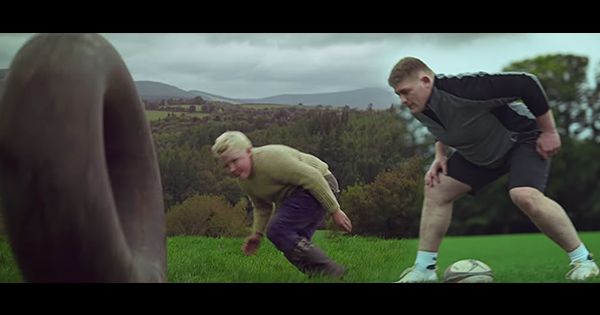 Vodafone have released a creative new short film ahead of Ireland’s end of year Tests. The #TeamOfUs film is called “Who We Are is How We Play” and takes an intimate look at the journeys of some of the Irish Rugby team.

This piece is part of the sponsor’s latest campaign, giving fans a rare glimpse into the childhoods and younger days of Rory Best, Tadhg Furlong, Conor Murray and Tiernan O’Halloran.

We see how their surroundings and upbringings have defined who they are as people.

Most of the events in the film are based on actual moments in the players’ lives.

The scenes with Furlong, Murray and O’Halloran as kids, for example, came from anecdotes that the players shared, with both Murray and Furlongs’ Dads playing themselves in cameo roles.

While it’s quite obviously a sponsorship play – an advert – it’s beautifully made and offers us a different perspective on how professional rugby players got to where they are today.

The scenes with young Tadhg alone make it well worth watching.