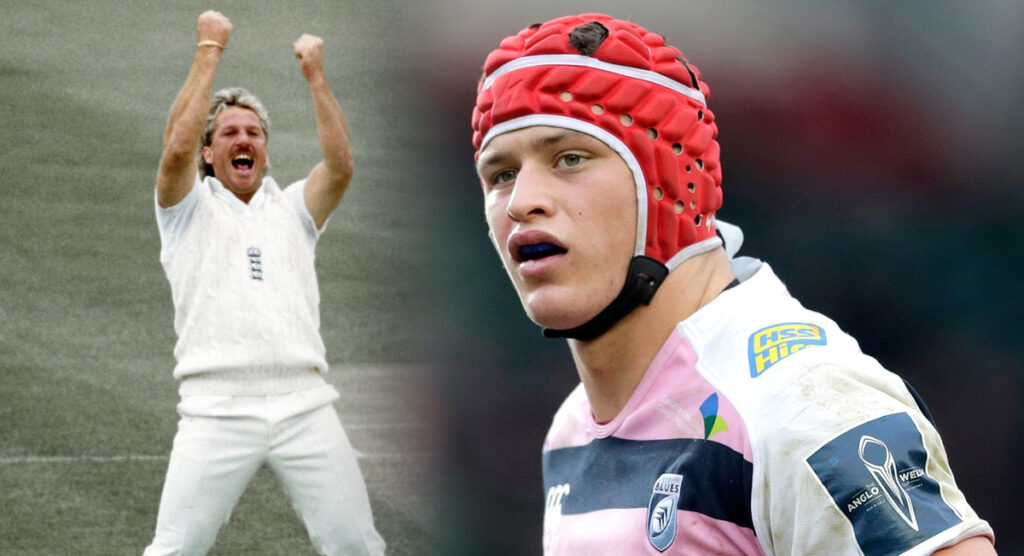 The grandson of cricketing legend Ian Botham is set to make his debut for Wales this coming weekend, after being selected for Saturday’s Autumn Nations Cup clash against Georgia.

James Botham, a 22-year-old Cardiff Blues flanker who has played just 13 professional games, was called up to Wales’ squad on Monday.

Cardiff-born Botham, whose father Liam played rugby union and rugby league for a number of clubs, is among three newcomers selected, alongside Scarlets backs Johnny Williams and Kieran Hardy.

Wales coaching staff had already identified Botham as a player of possible 2023 World Cup potential, but his chance has come far sooner than expected.

And he is the latest international rugby player off the production line at Sedbergh School in Cumbria, with Botham’s fellow former pupils including former England captain Will Carling, World Cup-winning England centre Will Greenwood and current Wales prop Tomas Francis.

Former London Irish and Newcastle centre Williams, meanwhile, was diagnosed with testicular cancer last year and underwent chemotherapy before returning to professional rugby 10 months ago. He represented England and scored a try in a non-cap game against the Barbarians in 2019, but qualifies for Wales through his father, who hails from Rhyl.

George North has been released back to Ospreys for action this weekend.

Callum Sheedy and Louis Rees-Zammit will both make starts for their country, while an experienced front-row of Wyn Jones, Elliot Dee and Samson Lee are named with Jake Ball and Seb Davies packing down in the second-row.

Flanker Botham will make his debut alongside captain Justin Tipuric and Aaron Wainwright.

“Saturday is a huge opportunity for the players and for us as a squad looking ahead to the future and to RWC 2023,” said Wales head coach Wayne Pivac.

“As we have said all along, the Autumn Nations Cup is a great platform for us to give opportunities to players, to build depth and experience. It’s a great honour for the new caps and the players making their first starts, they have trained well and deserve this opportunity to represent their country.”