“We were all having fun, and testing the boundaries.” The scene has been set: Racing 92 have just come off the pitch after beating Toulon away from home, with the club’s new arrivals Simon Zebo and Finn Russell putting in the first of many star performances.

For context, the recent episode of RugbyPass’s The Offload podcast focused on which players would be making Zebo’s touring British and Irish Lions squad to South Africa this summer. The (for now) former Ireland international winger picked his mate as much for his on-field prowess and his performances and audacity of the field.

Without digging up the 6 Nations affair from 2020 where Russell controversially – and temporarily – fell out with Scotland head coach Gregor Townsend (an affair which was largely blown out of proportion by the media en masse), Russell is known for enjoying the “third half” after a good match.

The primary focus of the Lions is as you would expect, the playing and securing a series win, but the social side to the tour – albeit steadily diluted by the professionalism of the game since the mid-2000s – still holds a particular importance. Most notably in team bonding, much in the same way the Barbarians are able to gel quickly. 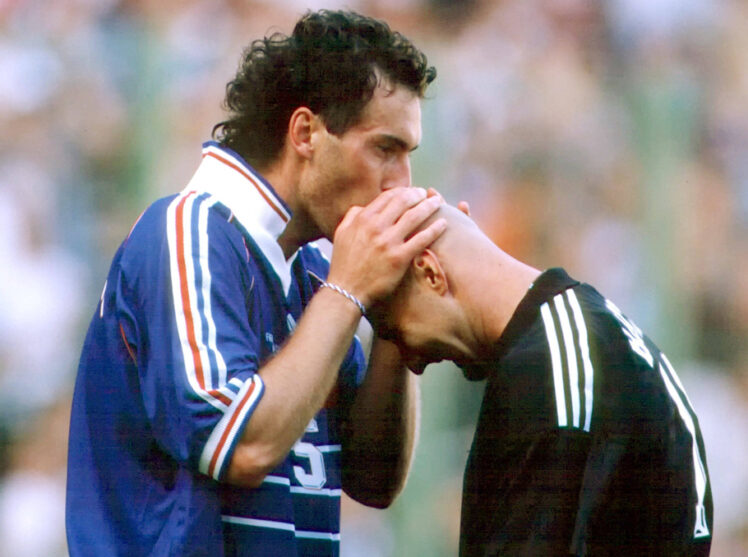 “I think it was actually our first competitive game together and we won, and the boys went back to the hotel and it was calm but we had a few beers,” recounted Zebo.

“Finn was probably just another level ahead of us!

“The dance moves started coming out a bit early and I thought: ‘alright, this guy’s going to be good craic’ and the president was sitting down and he [Russell] started dancing around the president.

“Then the head coach comes in and Finn goes over to him and, do you remember Laurent Blanc, the centre back for France who used to kiss Fabien Barthez’s bald head when he made a big save?

“Finn got Laurent Travers’s head and gave it a big kiss and a lick!”

With professionalism seeping even further into the game these days – there’s no suggestion that these stories don’t happen as regularly as they used to, although communications teams have become more sophisticated – it is refreshing that players can still perform on the field while enjoying their time off it.

Russell has his fair share of supporters and critics for his antics on and off the pitch and it’s not up to us to infer which side is correct, but in the spirit of the Lions – with the entire concept under threat because of professionalism – has been built upon by similar tales of years gone by.

Whether Russell indeed makes the squad or not remains to be seen, but it’s safe to say that the touring party would be less audacious without the mercurial Scottish out-half if he didn’t board the plane in the summer.

Of course, Russell is known for his relaxed style of play and the unpredictability of the out-half caused all sorts of problems for England – who Russell’s Scotland face in this weekend’s 6 Nations opener – over the past couple of years.

Having missed last year’s encounter with the Auld Enemy, Russell will be keen to exert the sort of pain on England as he did in 2019 and 2018.

But England’s Elliott Daly says his side need to be alert and ready to nullify any threat from the Scottish fly-half.

“The way he plays is very free and fearless. You have to be ready for everything. He might do a few things that come off, but you have to stay in the moment and limit them,” full-back Daly said.

“I’ve played against him a few times now and you have to anticipate some stuff that you wouldn’t anticipate from other players.

“It’s understanding what he sees in the game and trying to work out what he’ll do, although you can’t get it right every time.

“With Saracens, we switched off a little bit and that was the game sorted. If you look back on that match, we could have stopped that if we were a bit more alert.”