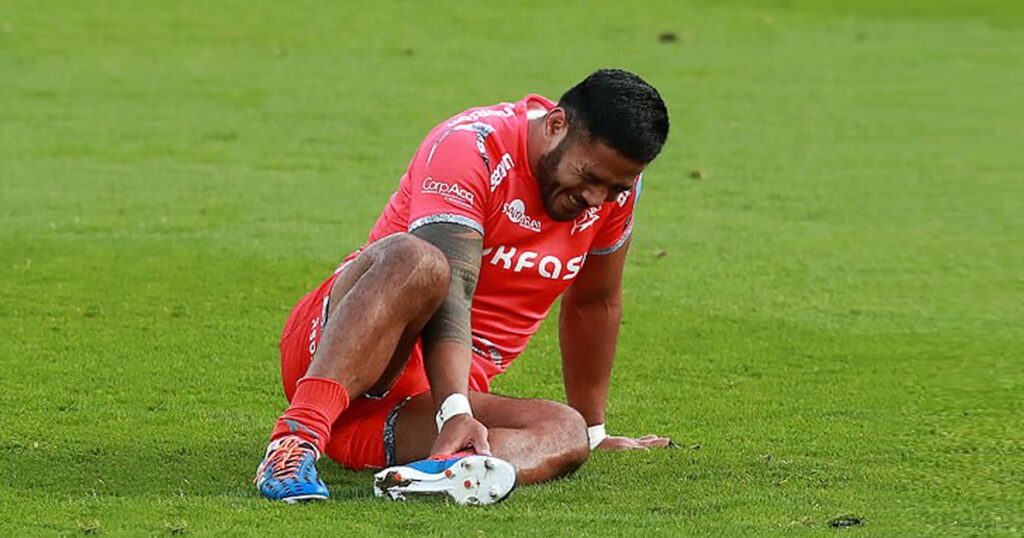 Lawes departed in the ninth minute after falling awkwardly when challenging Tom Curry for a high ball, the Saints second row catching his right ankle in the turf as his body twisted on landing.

Soon after, Tuilagi followed him off the pitch having taken a bang to what appeared to be his left Achilles during a bulldozing carry out of defence when Sale were pinned in their own 22.

"I'm sure Eddie Jones won't be having the easiest of sleeps tonight."

Both players were in obvious discomfort and had to be helped off before taking their places in the stands with strapping fastened on to the affected areas in alarming scenes at Franklin’s Gardens.

England head coach Eddie Jones is due on Monday to announce a preliminary squad for fixtures against the Barbarians and Italy that take place at the end of next month as the prelude to the Autumn Nations Cup.

Tuilagi and Lawes would be fully involved throughout the campaign and their absence would be a major setback to Jones as he targets the win in Rome on October 31 that might deliver the Six Nations title.

Steve Diamond admitted “it doesn’t look good” when questioned about the damage to Tuilagi’s left leg and it was the only stain on an otherwise pleasing evening for the Sale boss as his team departed the Midlands with a bonus-point win.

It keeps the Sharks in contention for a top-four finish with one round of the regular Premiership season left, while Northampton are left nursing a seventh consecutive home defeat as their freefall continues unchecked.