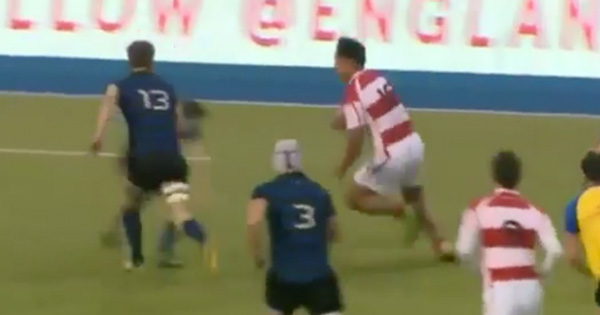 The score occured in the 57th minute as Blundell was trying to scrap back into the match, down 22-31. Running over one opponent after the other, Karea’s emphatic run will have many mouths watering as he mixed in some impressive footwork on his way to the try.

Despite the loss, the Blundell midfielder earned Man-of-the-match honours and the superstar comparisons that are typically in keeping with such vidoes are surely being thrown around.

Time will tell what the future holds, but this is certainly an outstanding way to get noticed. The try was certainly impressive enough to get the attention of England Rugby:

Barry Karea puts @BlundellsSchool back into this game.