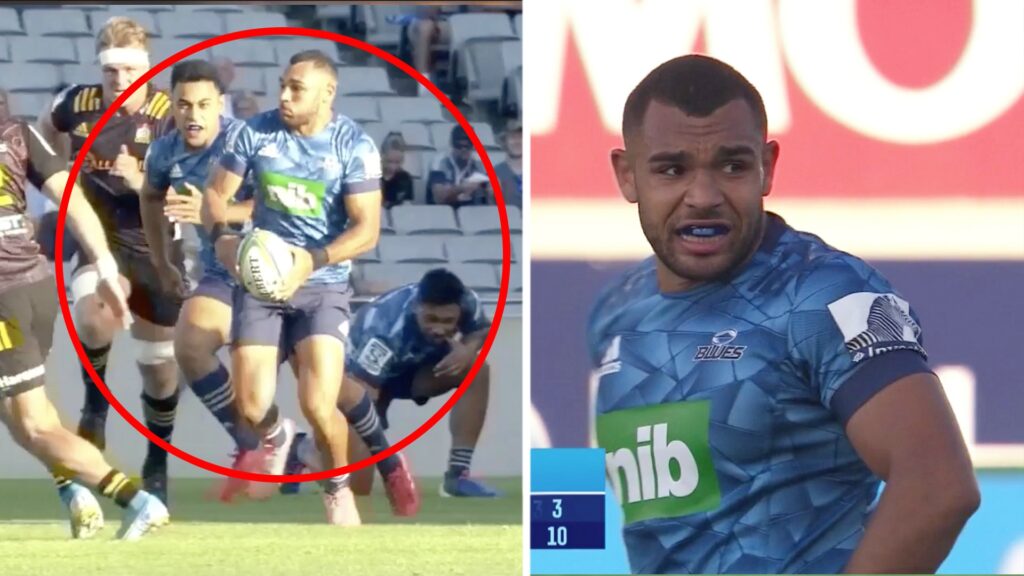 23-year-old English youngster Joe Marchant enjoyed a dominant start to his Super Rugby season with the Blues in a commanding performance.

For anyone not entirely familiar with Joe Marchant, he played centre for Harlequins last season and he is currently on loan at the Blues in New Zealand for this season.

The youngster started playing for the Blues in January of this year and he has started well in his first-ever Super Rugby game.

Fans online had nothing but praise for the young Englishman abroad.

TJ Faiane and Joe Marchant have been very impressive in the midfield for the Blues so far. That's a well worked try to Ioane #BLUvCHI

In Joe Marchant we trust 🏴󠁧󠁢󠁥󠁮󠁧󠁿

Watching Joe Marchant for the Blues. Seeing an Englishman playing Super Rugby feels like seeing your school teacher down the pub.

The young Englishman put in a solid start to his Super Rugby career with some fancy passes and touches off the ball for his side.

This pass here was a great example of him showing off his skill set to his fans.

England international centre Joe Marchant – on loan from Harlequins – with a solid first half for the Blues.

What a cool experience playing #SuperRugby.

We found some other little great clips of Marchant doing what he does which really impressed us.

He made this lovely little catch off a loose ball to almost set up his teammate down the right wings which we really liked.

This was catch and pass was positive to see from him, he always looked dangerous in his debut here.

The youngster also put in some slick passes for his debut, we are really pleased with his progress.

The Chiefs went on to win this match but this was definitely positive to see with the young players doing so well!