Epic kicking competition breaks out between All Black greats in Auckland 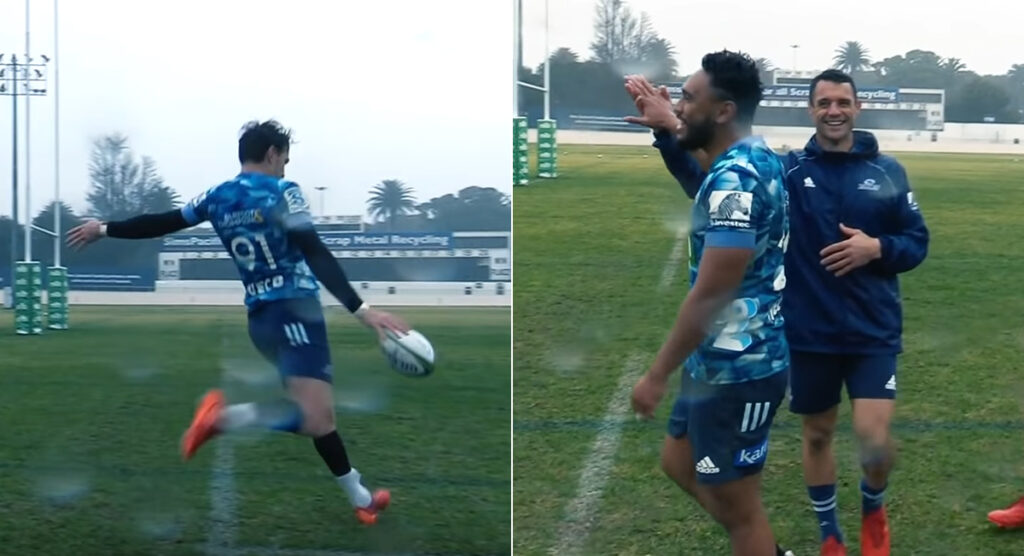 Two of the all-time great All Black 10s battled it out in some wet Auckland conditions for bragging rights. Dan Carter and Beauden Barrett put their coffee-making skills on the line and engaged in a friendly back and forth to decide who would be in charge of brewing cups for the week.

In all seriousness, this is a battle many of us have been waiting to see since it was announced that Carter had returned from Japan to sign with the Blues.

Admittedly, things may still seem a little strange as neither flyhalf is wearing the colours of the teams they called home for so long.

Of course, Carter has nothing to prove as he’s a champion many times over and sits well-alone atop the list of top Test point scorers with 1598. Barrett comes in at 649 and has a long way to go if he ever hopes to catch his new teammate.

It started with Barrett and Reiko Ioane, who did himself quite proud, but very quickly Carter could be heard saying “I’m in”, and the contest began.

It’s good to see that even at the highest professional level, you never get too old for this kind of good-natured competition.