Erasmus breaks down in heart-wrenching interview about tragic Mapimpi story 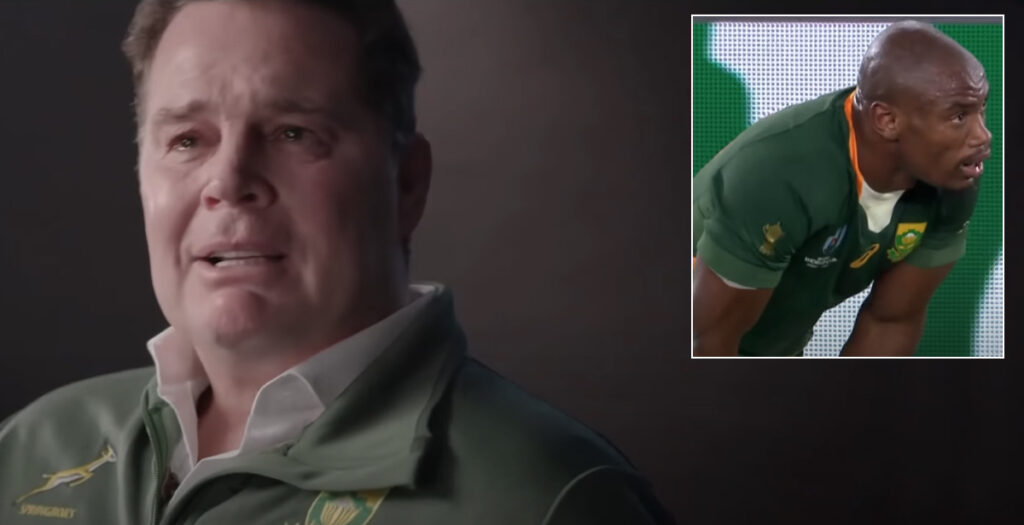 Erasmus was filmed as part of the Springboks World Cup documentary series Chasing The Sun following their epic World Cup triumph over England in Japan last year and the 48-year-old recounted a heartbreaking story about Mapimpi.

A teary Erasmus looked back to South Africa’s farewell match against Argentina, before the Springboks traveled to Japan for the World Cup in late 2019, when the players had pictures of their family members printed onto their shirt numbers.

Tragically Mapimpi lost his mother and two siblings earlier in life and doesn’t have a photograph of his father, meaning the winger only had pictures of himself on his shirt.

Mapimpi went on to score South Africa’s first ever try in a World Cup final, midway through the second half against England, and his five points helped the Springboks to a 12-32 win in Yokohama.

The 30-year-old only made his professional debut in 2014 for the Border Bulldogs and now has 14 Springboks caps to his name after just six years in the top flight.