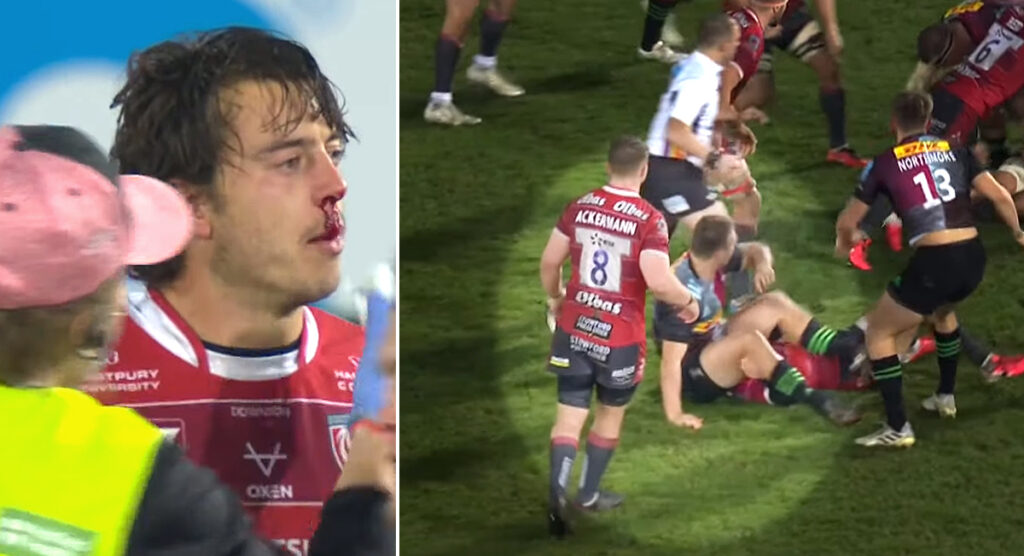 Harlequins back Andre Esterhuizen appeared before an online disciplinary hearing on Tuesday night after he was red-carded against Gloucester on Sunday (6 Dec 2020) for striking.

The big Springbok centre was shown a red card by referee Ian Tempest in the 45th minute of the match after he appeared to strike Gloucester flyhalf Lloyd Evans in the face when both players were on the floor. Evans subsequently failed his HIA test.

Esterhuizen feigned innocence but Tempest was left with no choice, leaving ‘Quins with 14 men for the rest of the match.

They held on for the 34-24 win but Esterhuizen has now been suspended for a period of four weeks for striking, contrary to World Rugby Law 9.12.

The panel found that his actions were reckless but not deliberate.

He accepted the charge and will miss Heineken Champions Cup matches against Munster and Racing 92, and Premiership fixtures with Bristol and Worcester. He is free to play again on 5 January 2021.

Meanwhile, Stuart of Exeter Chiefs also had an online disciplinary hearing, after being cited by independent citing commissioner Chris Sharp following the match between Leicester Tigers and Exeter Chiefs on Saturday 5 Dec 2020.

This was for dangerous play in a ruck or maul, contrary to World Rugby Law 9.20a.

The player accepted the charge and was given a five week suspension by the independent panel. He is free to play again on 12 January 2021.