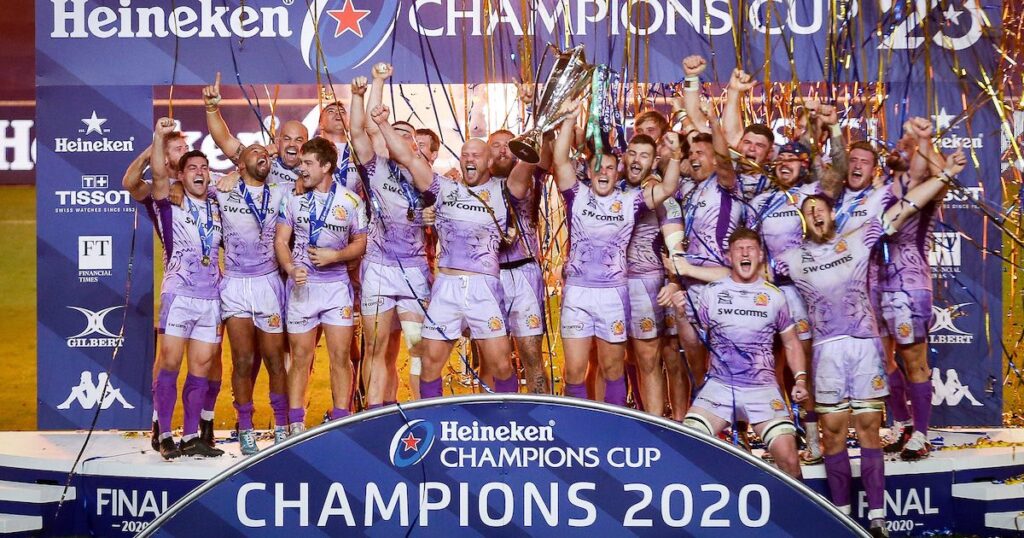 The European Rugby Champions Cup organisers, the EPCR, has announced the match result resolutions for this weekend’s cancelled second round encounters.

A special Match Resolution Committee comprising EPCR Director General, Vincent Gaillard, EPCR Board member, Andrea Rinaldo, and EPCR Head of Governance and Regulations, Liam McTiernan met on Friday to consider the results of the three matches which were called off this week.

Having announced a number of positive COVID cases within the players and staff, Exeter was forced to cancel its match with Toulouse, forcing a forfeit and handing Toulouse a 28-0 victory.

For Glasgow Warriors – Exeter’s opponents in round one – it too was forced to forfeit its game with Lyon after several players had to self isolate following the positive cases with Exeter. As a result, Glasgow found itself unable to field enough players for this weekend.

In the case of Bath’s cancelled match with La Rochelle, the French side was also handed a 28-0 victory after it was found that Bath also were unable to field enough players.

The decision has severe knock-on effects for reigning champions Exeter, whose title defence looks increasingly unlikely in the wake of a bonus point defeat.

In respect of the Glasgow Warriors v Lyon Pool B fixture which had been scheduled for tomorrow (Saturday, 19 December) at Scotstoun, it was decided that as Glasgow Warriors were unable to safely field a matchday squad due to the unavailability of a significant number of isolating players, Lyon were deemed to be the winners, and were awarded five match points on a scoreline of 28-0.

In respect of the La Rochelle v Bath Rugby match in Pool A which had also been scheduled for tomorrow (Saturday, 19 December) at Stade Marcel Deflandre, it was decided that as Bath were unable to safely field a matchday squad due to the unavailability of a significant number of isolating players, in addition to reported injuries to other squad members, La Rochelle were deemed to be the winners, and were awarded five match points on a scoreline of 28-0.

In respect of the Toulouse v Exeter Chiefs fixture in Pool B which had been scheduled for Sunday (20 December) at Stade Ernest Wallon, it was decided that as Exeter Chiefs had recorded a number of positive tests for COVID-19 among players and staff and were therefore unable to travel to France to fulfil the fixture on public health advice, Toulouse were deemed to be the winners, and were awarded five match points on a scoreline of 28-0.

EPCR would like to emphasise that blame was not considered as a factor during the deliberations, and the committee’s decisions were made with a view to facilitating the completion of this season’s Heineken Champions Cup in unprecedented circumstances.