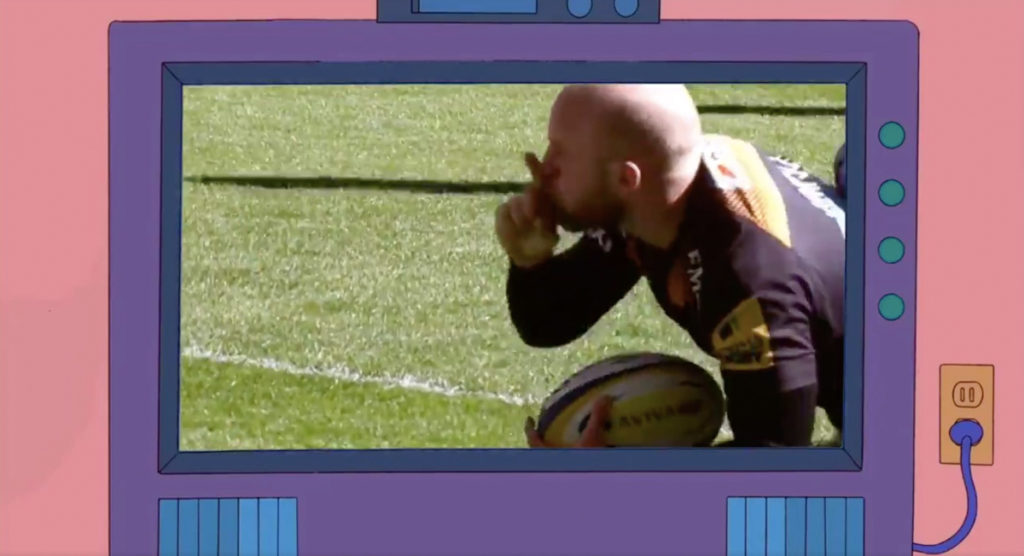 It has become a phenomenon in football to have creative and amusing ways to announce new signings on social media, and it looks as though Gloucester have jumped on the bandwagon with their latest deal.

The Cherry and Whites announced the signing of Wasps’ Joe Simpson in style by creating a mash-up of The Simpsons’ opening credits. Obviously, this was a joke waiting to happen, and Gloucester made a spoof of the opening sequence of the TV show and played upon their ‘couch gag’ at the beginning of each episode by showing a clip of the England international scoring a searing try for Wasps.

A post shared by Gloucester Rugby (@officialgloucesterrugby) on Feb 6, 2019 at 5:59am PST

Fans loved the genius announcement on Twitter and instagram. However, not all of them were as enamoured by the deal.

The signing saw 23-year-old scrum-half Ben Vellacott go the other way, and that has garnered a mixed opinion from the fans. Some were excited to see Simpson team up with former teammate Danny Cipriani again, after they formed a formidable partnership over the years, while others feel that Wasps may have come out on top with this deal.

Simpson is seven years older than Vellacott, and many fans may feel that he has less to give.

Vellacott is seen as one of the most promising scrum-halves in the Premiership, and Dai Young must be licking his lips at the thought of having him next season.

This is yet another deal as Wasps seem to be having an overhaul of their squad over the summer, with Elliot Daly and Willie Le Roux also leaving, while Malakai Fekitoa and Jeffery Toomaga-Allen arrive at the Ricoh Arena.

Regardless of the permutations for each side and the fans’ opinions of this deal, Gloucester’s media department are the winners here.

Teaming up with @DannyCipriani87 again! Can’t wait to see them boss the premiership again