Just under a week ago the England squad for the Autumn internationals was released and met with huge excitement from fans. There was a wonderful mix of youth and experience in the squad that gave the supporters a glimpse into what could be a template for next year’s world cup.

Since then we’ve had a terrific weekend of premiership rugby, with the large majority of those on display for their club sides. For England, it has come at a serious price with four of their big stars picking up injuries in a major blow for the national side.

Teenage sensation Henry Arundell picked up an ankle injury in London Irish’s loss to Gloucester on Friday night. The good news for Arundell is that the injury doesn’t appear to be too serious, as he will still attend England’s training camp in Jersey next week.

Another player nursing an injury is Bath’s Will Stuart who will also make his way to Jersey with the national side, despite concerns over his knee.

Those not quite so fortunate on the injury front are experienced duo Owen Farrell and Jonny May. May was another casualty in Friday’s match, as he was taken off shortly after Arundell with a shoulder injury. Such is the severity of his injury that he has had to withdraw from the training camp entirely.

Former captain Owen Farrell sustained a head injury in Saracens’ tight victory over Exeter at Sandy Park on Saturday, which by the laws of the return-to-play protocols means that he will also miss out. This is also the case for Courtney Lawes, as he continues to suffer from concussion symptoms after a head injury sustained on the 24th of September.

When it comes to replacements there appears to be a huge strength in depth, with Exeter player Henry Slade looking to be the like-for-like replacement for Farrell. To provide cover on the wings Sale player Tom Roebuck earns his first-ever call-up for the England squad, alongside a return to the squad for Newcastle flyer Adam Radwan. 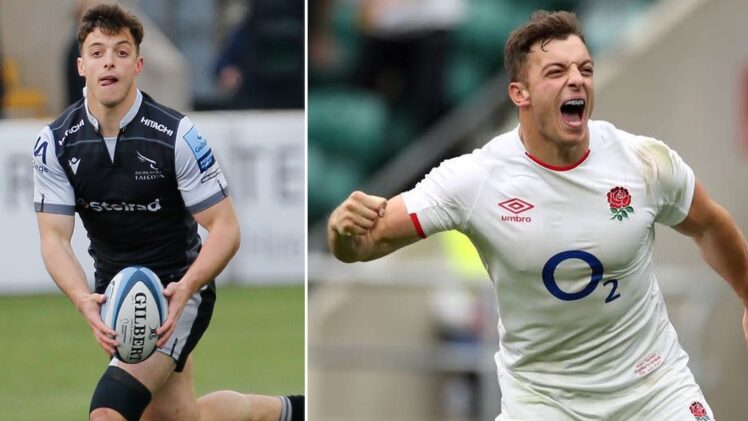