Fascinating documentary on the greatest of them all, Waisale Serevi 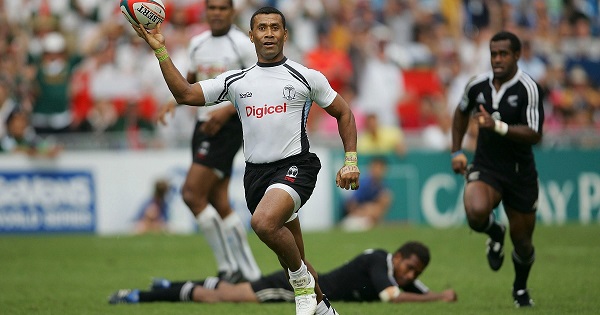 Waisale Serevi is quite rightly renowned as one of the great innovators of the game and perhaps the best sevens player of all time. In the build-up to this year’s Sevens Rugby World Cup in San Francisco, World Rugby has released a powerful documentary about the Fijian.

Serevi graced the World Sevens stage at Hong Kong in 1989 and the documentary goes into some fascinating detail about his life up to that point.

Having grown up in a less affluent area of the country in Nasinu – on the outskirts of the capital Suva – Serevi opted to pursue a rugby career after failing to graduate from Lelean Memorial High School.

It was certainly an inspired decision as Serevi subsequently went on to become one of the country’s most revered sportsmen, twice winning the Sevens World Cup and taking three Commonwealth Games medals.

The film also details some of the cultural traits of Fijian rugby in general. While the game is the most popular in the country, the level of passion and dedication to perfection is intriguing. Serevi speaks about playing touch rugby at a younger age, with the rules allowing just one touch instead of the common five.

It perhaps gives some insight into how well Fijian players are able to keep the ball alive at all times and how important supporting players are in attack.

The “Magician” also described how he became one of the most lethal attackers in the business, citing a novel method from home.

Known for his lightning quick goose-steps and jinking, Serevi says this technique came from playing on less than ideal pitches in his native Fiji. He would avoid holes in the ground and re-imagine them instinctively whenever he played.

He also admitted to toying with his opponents, making them believe he was tiring and lulling them into a false sense of security defensively, before adopting his trademark goose-step.

It’s a compelling documentary which gets better as it goes on. The use of original match footage from the tournaments featured simply adds to the experience and gives the viewer a true sense of the man.