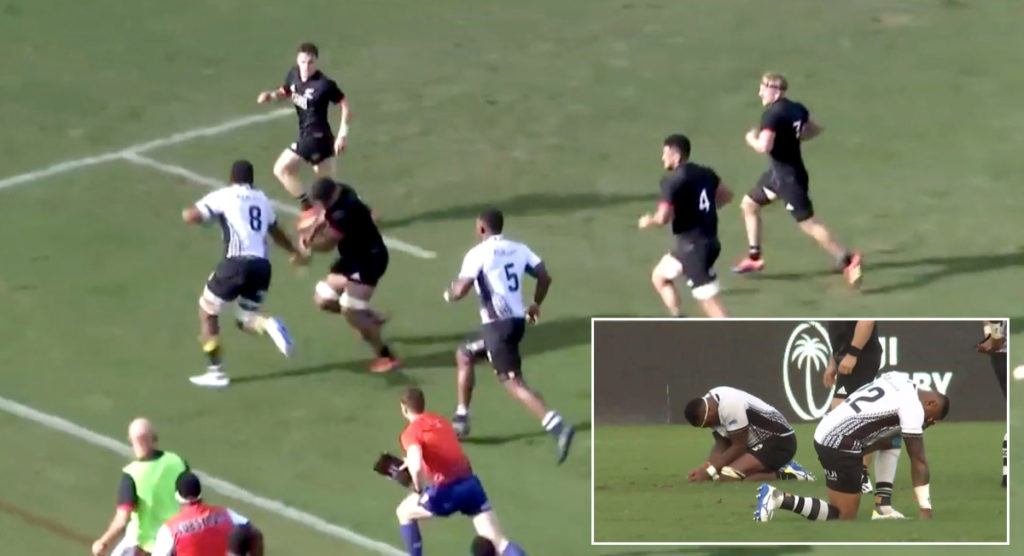 Fiji upset the Maori All Blacks for the first time since 1957 with some stunning rugby in front of a thrilled home crowd in Suva. The match was the first of a two-match series.

With the World Cup just months away, it was a chance for players from both sides to stick their hands up for selection but it was the home side that impressed the most, as they picked up their first win over the New Zealand Maori in 62 years.

The 27-10 victory, in which they led 22-0 at one point, will give them huge confidence going into next week’s return match in Rotorua, New Zealand.

“To get a win in our first game is an amazing achievement for the team,” captain Dominiko Waqaniburotu said of Fiji’s first run together since beating France eight months ago.

WATCH: Get to know the man behind the giant frame in Nadolo, The Documentary

The win, with four tries to two, was only Fiji’s eighth ever win over the Maori in 30 outings.

“We really struggled in that first half to really make our tackles,” Māori All Blacks captain Ash Dixon said.

“The Fijian boys played some awesome footy and their offload game was pretty good.

“We didn’t really exit that well either so we gave them some good opportunities with ball in hand and we couldn’t apply any pressure ourselves. So it was really disappointing for us, we’ve got a lot of things that we need to get right.”