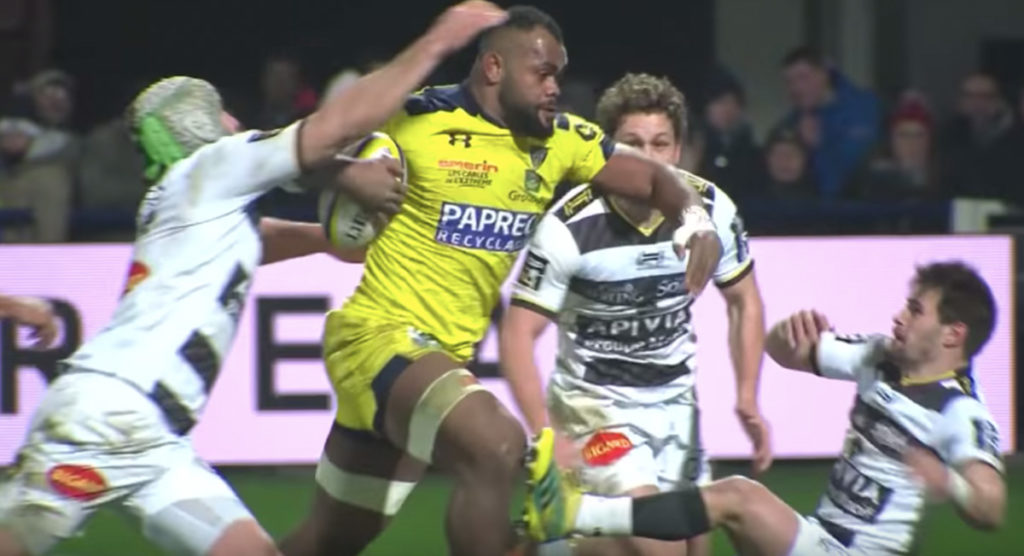 Top of the table Clermont soundly defeated La Rochelle 44-19 in Top 14 action at Stade Marcel-Michelin over the weekend. The try of the night belonged to Fijian number eight Peceli Yato as he rampaged through the La Rochelle defence.

Scotland international Greig Laidlaw also had a busy evening with 18 points, including a try of his own, while George Moala and Tim Nanai-Williams scored the other two tries.

In terms of attack, Fiji seem to have an envious supply of riches heading into this year’s World Cup in Japan, where they will be in Pool D with Australia, Wales, Georgia and Uruguay.

Add Yato’s name alongside swift bruisers like Nemani Nadolo, Semi Radradra, and Josua Tuisova and Fiji will certainly fancy themselves for springing an upset.

Northampton Saints flanker James Haskell recently described Yato as “99.9% muscle.. an absolute unit”. And we can see why.