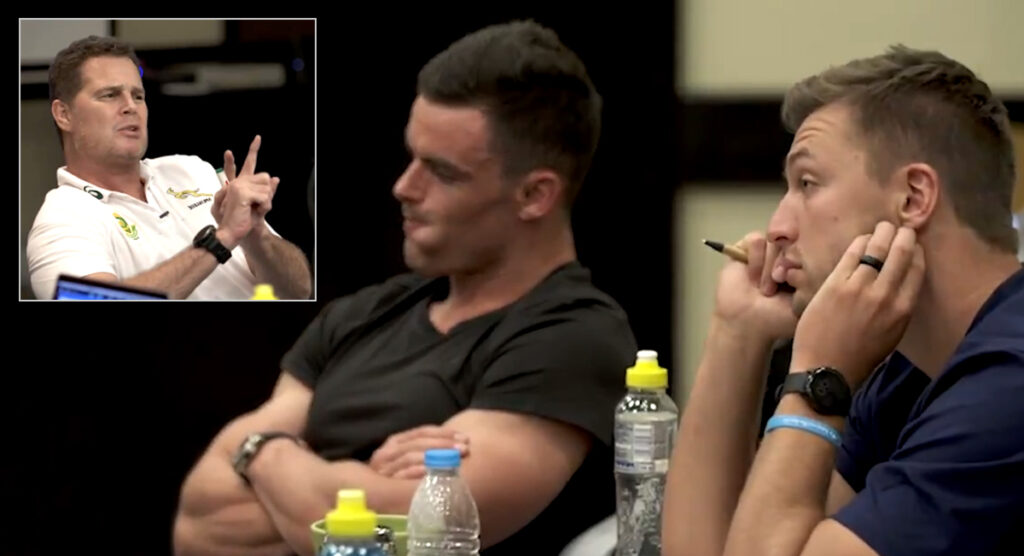 In the latest behind the scenes video released by Springbok World Cup winning coach Rassie Erasmus, the former Test flanker can be seen explaining to his troops how and why replacements are decided upon during the heat of a Test match battle.

Rasmus has been periodically releasing videos on his own twitter account, giving fans a fascinating insight into some of the backroom meetings and planning sessions that went on ahead of their famous Rugby World Cup 2019 victory.

He also released a video of his team talk shortly before the players went out in to face England in the final:

Not Sure I would know what to say to any other team before a W Cup Final. Not Happening !!! pic.twitter.com/eCyiMQDRkc

In this latest video, from an alignment camp ahead of the tournament, Erasmus goes into detail about the rationale behind how he and his coaching staff replace players during matches.

He says that decisions were made based on output and energy, rather than individual mistakes.

It makes for fascinating viewing, and probably some good advice for young players out there too.

Probably at the alignment camps where the “bomb squad” principle was born pic.twitter.com/irQeyaRhSB