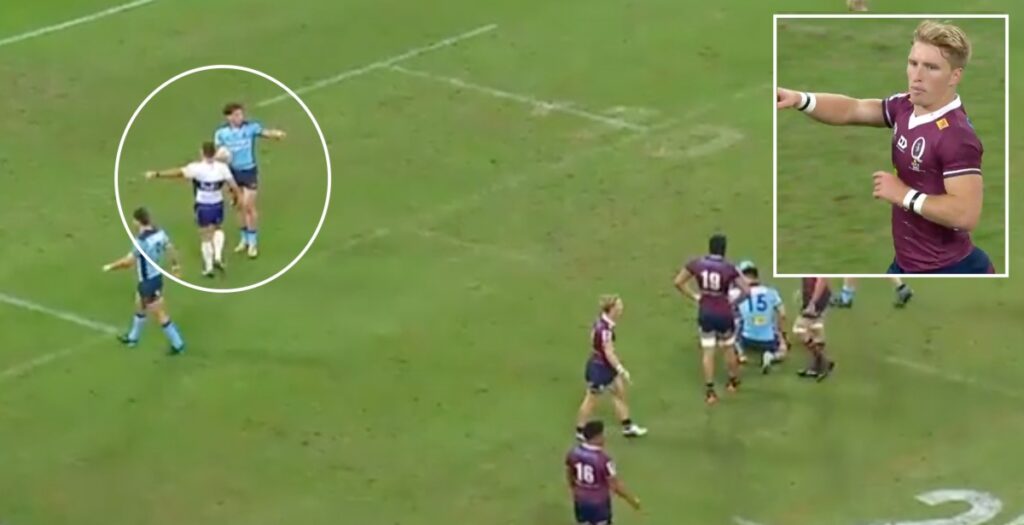 Queensland Reds scrum half Tate McDermott produced the first 50/22 kick in Super Rugby AU at the weekend which caused some confusion between players.

The new rule has been introduced for the Australian leg of Super Rugby as a trial law and it states that a team retains possession if they kick the ball from their own half and it bounces into touch inside the opposition’s 22-metre line.

In this instance McDermott did exactly that but Waratahs winger Mark Nawaqanitawase questioned the referee’s ruling after assuming it would be a Tah’s put in at the lineout.

The law change proved decisive when it was announced earlier this year but it will be interesting to see how it effects the game in Super Rugby AU over the coming months.