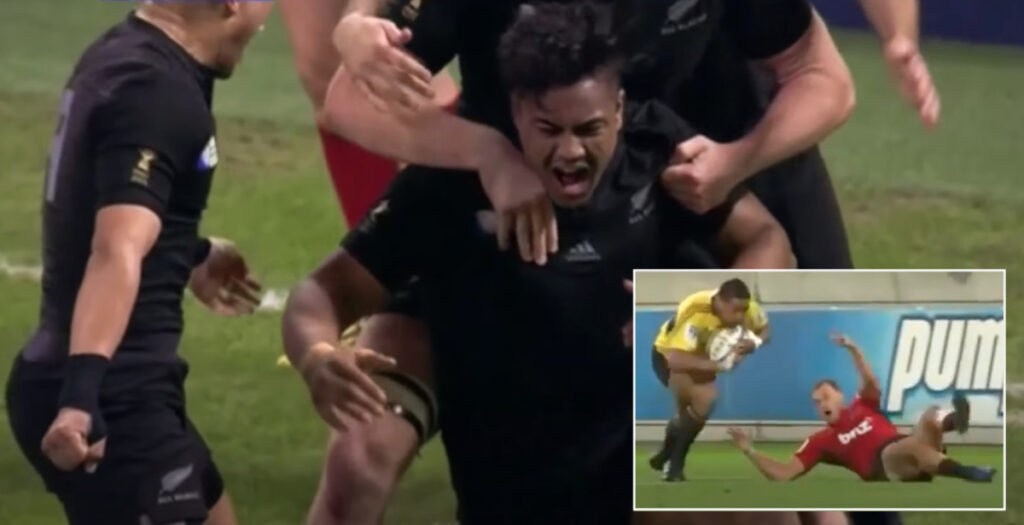 Former All Blacks winger Julian Savea has just announced his return to the Hurricanes for the remainder of the Super Rugby Aotearoa season.

The 29-year-old burst onto the scene in 2011 with the Canes before earning his All Blacks debut in 2012. The 108kg monster scored 46 tries in 54 Test matches for New Zealand and has regularly been compared to the legendary Jonah Lomu by fans and pundits.

One of his most iconic tries came against Argentina in 2013 when the big man recreated the powerful running style of Lomu.

That same year Savea ran over the top of All Blacks teammate Israel Dagg to score for the Hurricanes in Super Rugby.

However his explosive power was best showcased during the 2015 World Cup quarter-final against France with this ridiculous try:

Savea’s defensive game is also devastating at times, highlighted by this try-saving hit on Owen Franks:

And finally this insane pickup against the Waratahs shows he could do pretty much anything he wanted to, just like the late great Lomu.