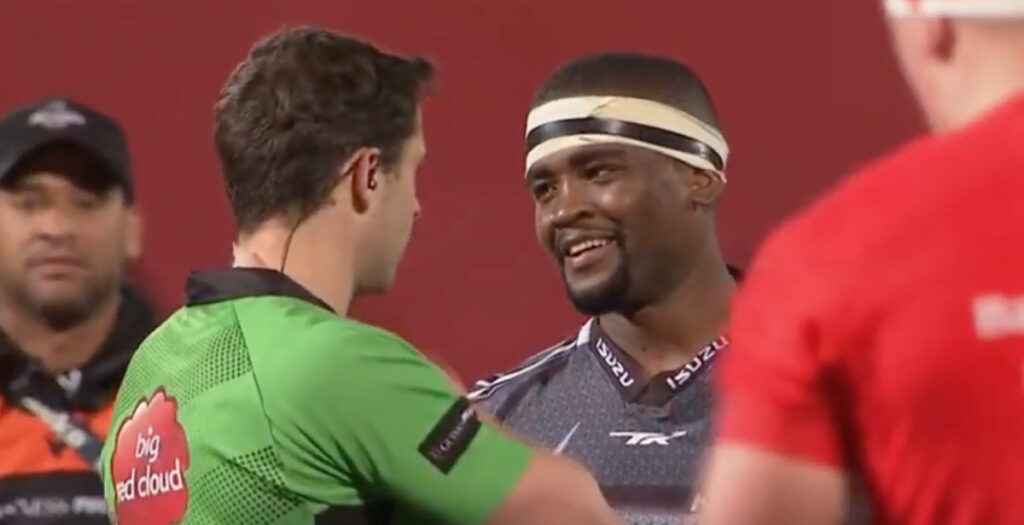 Southern Kings flanker Lusanda Badiyana received a harsh yellow card against Munster in the Pro 14 on Friday for the use of his elbow.

The South African was retaliating to Munster replacement Chris Cloete who grabbed the back of his shirt during a small scrap late on in the game.

Badiyana turned around to face Cloete and raised his elbow to free up some space, however the referee saw this as an offence and sin binned the player.

Munster dominated the Southern Kings 68-3 at Irish Independent Park leaving them second in Conference B of the Pro 14.